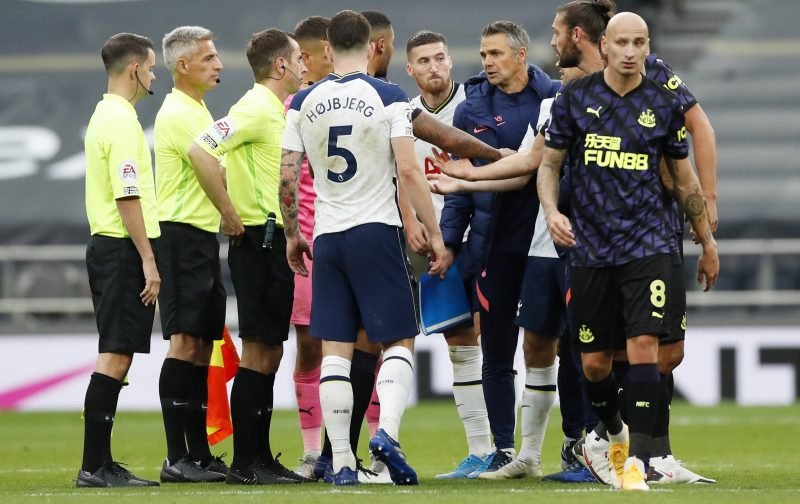 Sergio Reguilon, Heung-min Son and Erik Lamela all will return for Spurs tomorrow, as they travel to Newcastle without full-backs Matt Doherty and Ben Davies.

Japhet Tanganga will be available, but after playing in the Under 21 European Championships for England, Serge Aurier could be preferred at right-back.

The heroics of Joe Rodon for Wales during the international break shouldn’t be ignored either and he should start in the heart of the defence alongside potentially Davinson Sanchez, who is reportedly still admired by the Spurs staff who think there is a lot more to come from the 24-year-old.

Danish midfielder Pierre-Emile Hojbjerg netted for his nation during the week and he will likely start alongside Tanguy Ndombele, who also played for his country during the international break.

Heung-min Son will most likely start in attack, with midfielders Giovani Lo Celso and Lucas Moura, with England captain Harry Kane leading the line – which will mean no second successive Premier League start for on-loan Carlos Vinicius, who has been the subject of plenty of transfer speculation recently.

Meanwhile, Martin Dubravka and Allan Saint-Maximin could return for Steve Bruce’s team who will be most likely without top goalscorer Callum Wilson for the game.

Newcastle will be incredibly pleased to have Allan Saint-Maximin back and available for selection, as he is the main man for them that can create chances from out of absolutely nothing with his mind-blowing skills. Meanwhile, Giovani Lo Celso has just returned from injury for Spurs, and he can be a real thorn in the Newcastle midfield if he is given the ball to feet and receives it on the half-turn where he can then spray the ball out wide on the counter-attack.

Joelinton has not been a huge hit for Newcastle despite his expensive price tag and high potential when he joined, but he still does have the ability to bully even the strongest Premier League defenders, so former Swansea City defender Rodon will be relishing the opportunity to come up against him and defend him. The young Welshman will have to be very careful in the box around him so to not give away a clumsy penalty, but he must not let him turn and shoot or lay-off a teammate. It will be a difficult task, but one Rodon will definitely be up for.