Davies set for spell on sidelines after injury 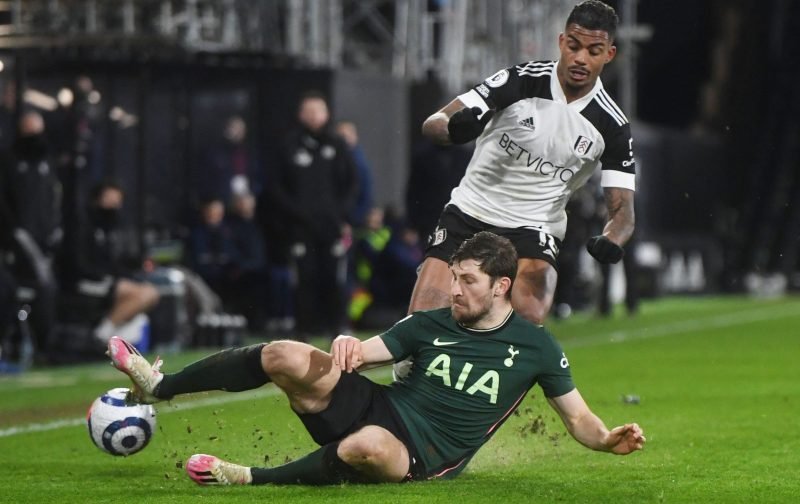 Tottenham left-back Ben Davies played through a calf problem during the 2-0 victory away to Aston Villa, after first choice full-back Sergio Reguilon picked up his own injury during the game.

Unlike Davies, Reguilon is fine and will be ready to get going again after the international break, but Davies will be out for around three weeks and may miss one or two games as a result.

The news comes as both him and Luton Town defender Tom Lockyer have pulled out of the Wales national team squad, but even with the Euros fast approaching, the injury won’t have dampened the Spurs player’s chances of making the all important squad at the end of the season.

Davies, 27, has made 20 appearances in the Premier League this season, but has managed just one assist despite making 33 crosses – a stat which the former Swansea City man will be desperate to improve before the end of the season.

The injury could potentially provide hot prospect Dennis Cirkin the opportunity to be named on the bench when Spurs face Newcastle on Easter Sunday – and if Reguilon isn’t fit enough, possibly even the chance to start.

Spurs fans are welcoming the prospect of seeing the young left-back feature again in the first team squad, as the club firmly believes the 18-year-old will be an important player in the future.

Would be buzzing for Cirkin to get some minutes in rotation. He was unlucky with the injury before when it looked like he was close to first team

Lucky Reguilon is ok. Might get to see Cirkin on bench 👍 https://t.co/ccnrkrXwp6

Cirkin has played nine Premier League 2 games this season, setting up one goal and has featured on the bench for two Europa League games, but despite his fantastic form and many dominant performances at the youth levels, the youngster still is waiting to make his senior debut for the club.

Should neither Reguilon or Cirkin be available, Jose Mourinho could be forced into giving Gareth Bale a reunion with the left-back position where he originally made his name before transitioning into a forward.

Brooklyn Lyons-Foster could potentially be another option, having played in the left-side of defence before for the youth teams, but he is predominantly a centre-back or right-back as he is right-footed, so it is unlikely he will be thrown into contention.

Thankfully for Mourinho though, the injury to Davies isn’t severe and he will soon have his left-back deputy available again, hopefully for the Manchester United game a week after Easter Sunday.