Time to shine for Spurs duo after impressive Villa display 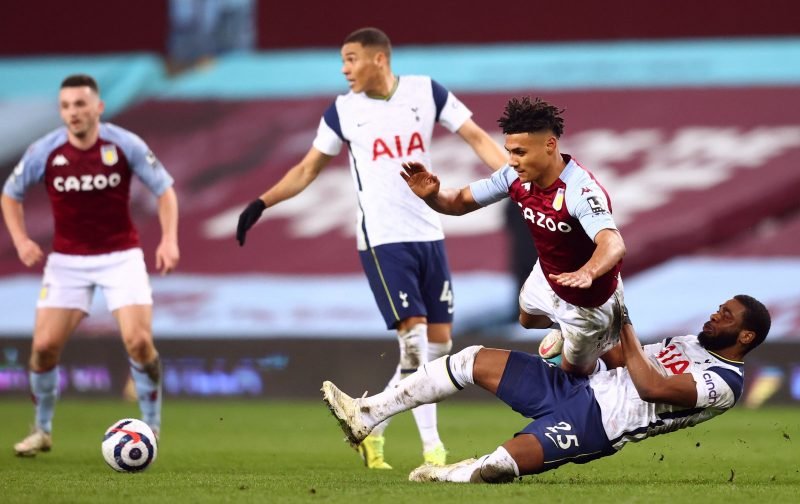 Countless times this season have we been left in our seats astounded over a collapse in communication at the back or just a woeful individual error. The question that keeps being asked is how much longer can the likes of Davinson Sanchez, Serge Aurier, Eric Dier and even our captain Hugo Lloris be trusted to prevent any more victories escaping our grasp.

However, the blame doesn’t just stop with the aforementioned players, as summer signing Matt Doherty has been at fault for a number of goals and even experienced heads Ben Davies and Toby Alderweireld too.

Japhet Tanganga has somehow not yet managed to hold down a starting spot or at least become apart of the regular rotation of defenders – despite impressing us fans during his limited appearances with his determination, bravery and desire to help the team in any way he can.

Meanwhile, summer arrival Joe Rodon has also impressed at times – albeit also showing the odd lapse of concentration at times against Liverpool and Chelsea, but at such a young age there is no doubt he will be able to improve in that respect.

We’ve only lost 1 game where Joe Rodon has played btw, 550 minutes and 4 goals conceded ( 3 of them vs Liverpool😭 ). He’s very underrated and should be one of the first names on the team

Sunday’s win away to Aston Villa was proof that both Tanganga and Rodon are ready to become regulars – particularly in a time where the majority of the first team squad are having their attitudes questioned.

Play Tanganga and Rodon for the end of the season now.

The attitude of Tanganga versus the attitude of Moussa Sissoko has been questioned on social media since then, when Sissoko appeared to be jogging half-heartedly to defend as the 21-year-old homegrown defender sprinted past him to make a crucial sliding block to stop Ollie Watkins’ goal-bound shot.

Look where Tanganga comes from and the commitment to block the shot late in the game. Then look at Sissoko just barely stick his leg out after coming on not long before this😡 get him out of here!!pic.twitter.com/wJVdxLfhPL

Before that, Rodon found himself in a great position to steer away Trezeguet’s effort, capping off a comfortable display where the Welshman looked confident and composed throughout.

Spurs are in for a summer of rebuilding and many of the more experienced players could be sold to raise funds – including the struggling defenders who are on high wages and could still command a fair fee.

Surely it is time now for the young defenders to kick-on and hold down regular starting spots for the rest of the season and prove that they are the future of the team’s backbone!