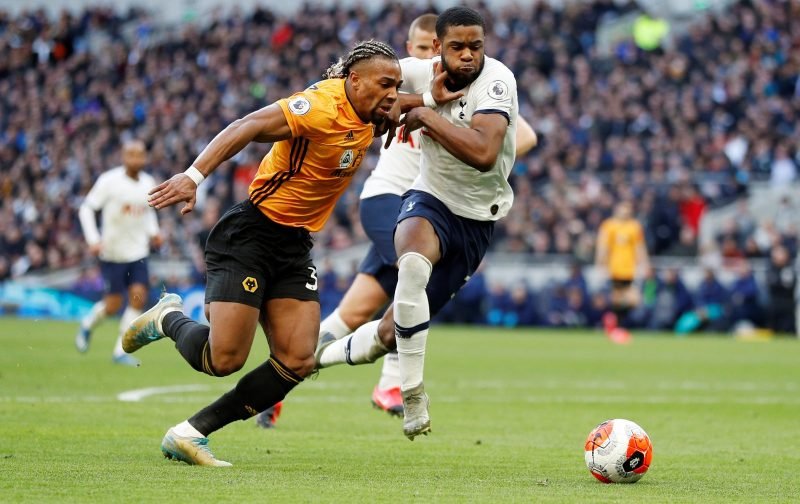 Japhet Tanganga has thoroughly impressed us Spurs fans since making his debut last season, and as a youth product of our academy, we are all desperate for him to succeed and emulate the likes of Ledley King in defence.

But despite naturally being a centre-back, he has more often than not been deployed as a full-back on either side of the pitch – which has probably done wonders for his development.

And speaking ahead of the game against Newcastle United on Sunday, Jose Mourinho has admitted he sees Tanganga’s future playing as a right-back.

What a start from Tottenham Hotspur debutant Japhet Tanganga, saving Spurs with a block in front of goal after Firmino beat Gazzaniga with his shot.

“Japhet for us is being like the emergency guy,” said Mourinho.

“When we need he is there and when we need sometimes he is a right-back, as a left-back, other times in a centre-back in a defence of three and you can look at the recent matches with the national team, against Portugal he played right-back, two days later against Croatia he played centre-back.

Spurs fans in the comment doubt about Jose Mourinho eyes to see players best position. They forget that Jose Mourinho who moved Ramos from RB to CB and suddenly he played his best football. https://t.co/cdN5YgZNUq

“I don’t think it is a bad thing, especially for a young player, because what a young player needs is minutes and as a player I had many years ago, from right-back to left wing, ‘I am ready for you’ and as an emergency as a goalkeeper, so Japhet is a little bit like this.

“In spite of him being good in the air and he has a good positional education as a centre-back, I think probably his best position in the future is right-back.

“As you know he is not a giant, he needs to improve, his crossing needs to improve, the timings to arrive in attacking positions, but he is comfortable with the ball, he doesn’t make many mistakes, he is solid, reads the game well and is a player we can trust.

“You can see his debut was against Liverpool and then the matches he played are normally matches of responsibility and quality of the opponent.

“He is a player we trust, he is developing quite well a good kid, humble kid so all is good.”

José Mourinho on #thfc defender Japhet Tanganga: "I think probably his best position in the future is right-back. He is a player we trust. He is developing quite well, good kid. Humble kid, so all good." | @Football_LDN

After his stellar performance against Aston Villa before the international break, we are all hoping now is the time for Tanganga and hopefully he kicks-on and makes that full-back spot his own so Serge Aurier or Matt Doherty can be sold on.

Tanganga, 22, has played just ten times for the team in all competitions, but was used regularly by Aidy Boothroyd in England’s U21 European Championship campaign over the last two weeks.