Five Bundesliga stars Spurs should target in the Summer 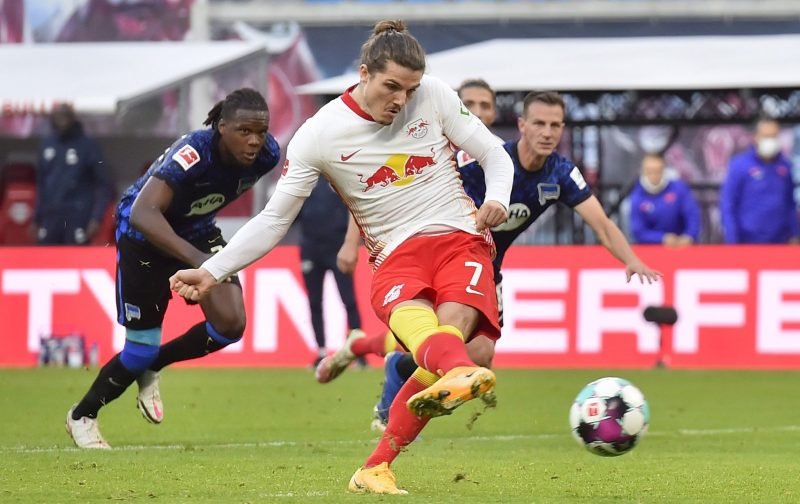 With the transfer window arriving soon and Spurs having had a season that has so far fell below expectation, additions to the squad are almost a certainly unless some drastic decisions are made by the Spurs hierarchy.

In this series, we profile five players from different leagues and nations that Spurs should target – but we only include realistic signings on this list so if you’re expecting us to push a campaign to sign Erling Haaland, you will definitely be disappointed.

Last week, we profiled five players from the Football League – you can read that here, but this week we are focusing on the Bundesliga.

A right-back who could also fill-in at left-back in a similar way that James Justin does for Leicester would be absolutely perfect for Spurs, and Werder Bremen full-back Felix Agu can do exactly that.

He has played 13 times for the club since arriving from VfL Osnabruck at the start of the season on a free, and has scored one goal so far, and he has also represented Germany at U21 level – so his potential is definitely high.

The Werder Bremen left back who opted to feature for Germany's youth team is still open to a switch to the Super Eagles according to reports in Germany pic.twitter.com/oHX83jTxmA

With a top speed of 34km/h, Felix Agu is quickly establishing himself as one of the quickest full-backs in the Bundesliga.

His movement in attack is very good for a young player, but his crosses will definitely need working on in the future – but as a 21-year-old prospect that could be available for cheap, he certainly has plenty of room to grow at a bigger club.

Honestly, I had never heard of this name until a few weeks ago, but there is no doubt that Maxence Lacroix will soon become one of the most talked about defenders in the world after impressing at Wolfsburg in his debut season.

At just 20-years-old, Lacroix has scored one goal from centre-back as well as laying on an assist, but what is most impressive is his average match rating of 7.06 which is incredibly impressive for a young defender playing for a club who some would say are over-achieving with them comfortably in third place right now.

Maxence Lacroix in all comps in 20/21

Borussia Dortmund have been credited with interest so far, but they and Spurs would likely stumble upon the same problem if they made a move – Lacroix does not have a release clause and he has plenty of time left on his contract, and if Wolfsburg do get Champions League football, its even more unlikely he would leave, but he is certainly a player we should target.

The first player on this list who has actually been linked with the club is Austrian playmaker Marcel Sabitzer, who has just over a year left to run on his contract at his current club RB Leipzig.

The German team want around €42 million, but it’s inevitable that Daniel Levy will be licking his lips at the prospect of being able to negotiate this price tag down for a player who without a doubt would improve the team.

🇦🇹 Tottenham is Marcel Sabitzer's "most likely" destination this summer.

💰 RB Leipzig are hoping for €42m, despite the midfielder entering the final 12 months of his contract.

February's Goal of the Month was a real stunner 🚀

A versatile midfielder who can play down the middle or out wide in more advanced positions too, Sabitzer has scored six Bundesliga goals in 21 appearances this season while also laying on three assists – proof that he could most definitely replace the likes of Moussa Sissoko and Erik Lamela in the squad.

If Lucas Moura leaves, Silas Wamangituka would be one player that would almost be a like-for-like replacement and at just 21-years-old, his potential does not have a ceiling right now.

Fans of FIFA 21 will already know about the Congolese forward, who has scored eleven goals this season already, because of his frightening pace, dribbling and fantastic end product – which Spurs fans will definitely say that Lucas lacks occasionally and can be very inconsistent in the final third.

Silas Wamangituka (£22m)
Silas Wamangituka is one of the most underrated players I have ever seen, a great runner and dribbler, multiple time Bundesliga Rookie of The Month award winner this season, he could potentially be a bargain buy too at 21, would be a good signing pic.twitter.com/9gSlQvbZlB

🧐 Did Stuttgart's Silas Wamangituka deserve a yellow card for the easiest goal he'll ever score? pic.twitter.com/PJ4y5rD4ks

Wamangituka would be an incredible signing for the team and he could definitely provide Heung-min Son some competition in the near future if he joined the club, but with a £22.5 million valuation and likely a higher price-tag, its unclear how much it would take to land the player – especially as he is about to sign a new contract.

🗞[@SkySports] | Tottenham Hotspur are scouting Nicolás González ahead of a potential future transfer this summer.

In the time it takes you to read this tweet, Stuttgart star Nicolás González had already netted one of the fastest substitute goals of all time…

A fee of £27 million is reportedly all that will be required to land the Argentine, who like Gareth Bale and Erik Lamela who are likely to leave at the end of the season, is left-footed and loves to cut in from the right-hand side and have a strike.

At just the age of 22, Gonzalez has already appeared five times for the Argentina national team and has scored twice on the international stage, while domestically for Stuttgart he has got six goals and two assists to his name in 15 appearances in the league so far the season.