Was Mourinho at fault for yesterday’s result? 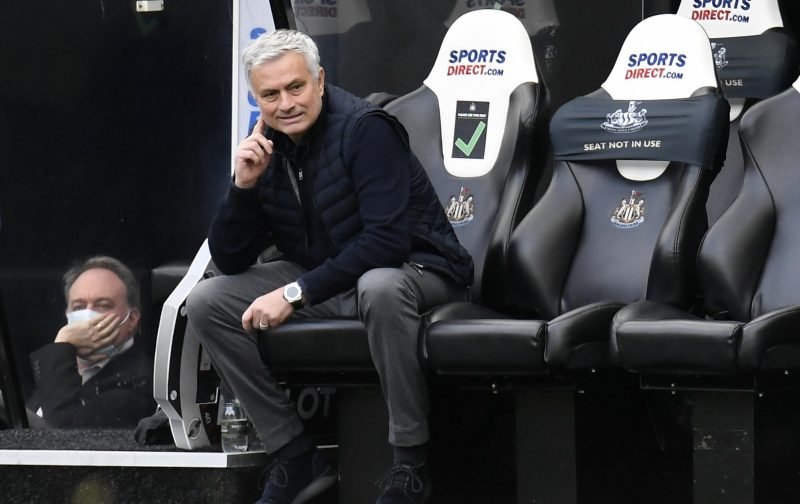 It’s so difficult for any manager to come in to a club who are in desperate need of an overhaul and revamp with too many members of the squad simply not good enough.

💭 A few thoughts on why José Mourinho is struggling at #thfc… pic.twitter.com/RTPMKZuckx

However, to continuously slate the players in public definitely doesn’t do much good either for the dressing room morale and the players’ confidence, and after a dreadful season which could still result in the club getting top 4 and a trophy, the last thing the squad needs is confidence issues caused by their manager.

This is the exact issue being faced at Spurs, as Jose Mourinho has again came out and blamed the players for a disappointing result, this time saying that he can’t get his team to hold on to a lead anymore like he used to be so good at, saying, “same coach, different players.”

❓"In the past, holding on to a lead is what you've been so good at doing".

The 2-2 draw at Newcastle was a result many of us were almost certain before kick-off was a huge possibility because of the defensive fragilities, but little did we know that the errors in attack and defence would be so calamitous that it would be difficult to blame the manager.

It’s basic football to only play out from the back when a midfielder or defender is in plenty of space, so when Japhet Tanganga tried a complicated lob-pass down the right-flank but couldn’t clear the first man, we were all hopeful Davinson Sanchez would just clear his lines anywhere down the other end of the pitch.

Instead, Sanchez miscued his clearance and played the ball low and hard straight into a Newcastle midfielder who then found Sean Longstaff in an advanced position with both Sanchez and Tanganga out of position, giving him the easy task of sliding across for Joelinton to tap home.

Toby Alderweireld was apparently not available due to having not been around in time for the COVID tests, which reportedly has baffled the Spurs players – and if this is a lie, Mourinho has got this completely wrong and is completely to blame for not having selected the club’s best defender.

🗞[@MailSport] | Tottenham Hotspur’s players and and staff have been baffled by José Mourinho’s comments on leaving out Toby Alderweireld against Newcastle United due to him not training.

📸After Spurs released images showing the Belgian back in training on Friday.#THFC #COYS pic.twitter.com/0pdMO6c8au

The other goal conceded saw Sergio Reguilon beaten in the air and neither Sanchez nor Joe Rodon or Japhet Tanganga able to stop the ball from reaching the unmarked Joe Willock – which begs the question where were the midfielders tracking back?

Pierre-Emile Hojbjerg managed to get back, but his concentration wasn’t particularly great in the situation, while Tanguy Ndombele and Giovani Lo Celso sluggishly made their way back to try and do their defensive duties, but not in time as the ball was already in the back of the net.

Mourinho simply could have no input in the two goals there, as it was just dreadful from every aspect – but when he makes comments afterwards slating the players for not being able to hold onto the lead, of course it will put more pressure on the defenders in future games.

However, Harry Kane should have put the game beyond reach just before the second goal as he struck the post, and Erik Lamela should have found Heung-min Son and Tanguy Ndombele on two separate occasions as both players broke free on the last man in plenty of space – but the Argentine failed to play the ball early enough.

A minute after this, Newcastle levelled.

Story of our season. pic.twitter.com/LqYoml3wD2

Again, these incidents can’t be influenced by Mourinho, as it is just basics that the players need to do to create more chances and prevent more goals conceded – but again his comments in the press won’t be helping the situation.

One thing that is completely down to Mourinho was his substitutions, which were baffling to say the least, as Carlos Vinicius was subbed at half-time and Giovani Lo Celso survived for over 80 minutes while Lucas Moura was subbed 20 minutes earlier.

Lucas can produce magic out of nothing, while Lo Celso was visibly having a dreadful game, and Gareth Bale should have been brought on far earlier than he was with just five minutes left.

Vinicius meanwhile, drew defenders out with his perfect runs for the two goals as well as creating a brilliant chance too, and so he should have been given a little longer – especially since Heung-min Son just did not appear to be match-fit.

The Brazilian striker had been subjected to criticism by different media outlets for ‘not affecting’ the game, but he definitely did with his work off the ball, and it showed because Spurs just didn’t look like scoring in the second half except for that chance for Kane.

Carlos Vinicius was put up front, yet Spurs did not use him. Where were the crosses into Kane and Vini? Where were the balls into his chest to bring others into play? If you set up with him up top, use him properly.

So in conclusion, we don’t believe the blame can be completely shifted onto Mourinho for this game, but there are definitely contributing factors to the result that has been caused by the manager, and a number of different things could have been done differently, but ultimately individual errors influenced the score-line.