Spurs youngster likely out for the rest of the season 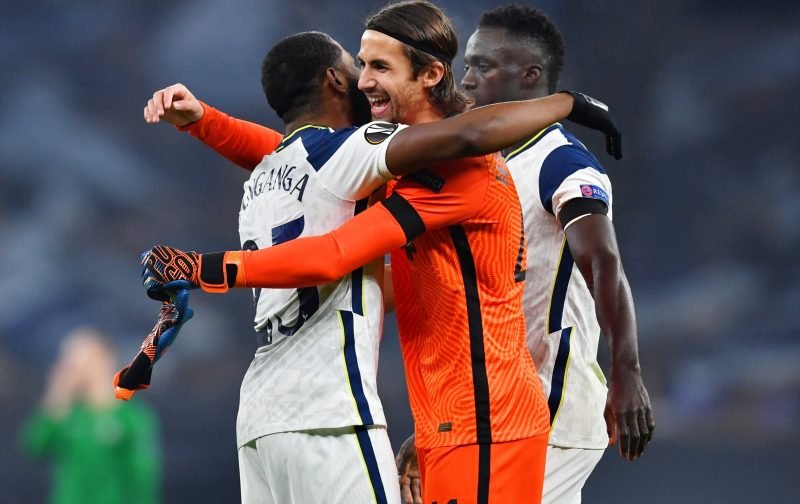 Spurs have not had the best luck with injuries this season, but just as the injury list seemed to be shrinking with Ben Davies and Matt Doherty due back soon and Heung-min Son, Giovani Lo Celso and Sergio Reguilon returning to the team, one more player has suffered a bad injury.

The unfortunate player is third-choice goalkeeper Alfie Whiteman, who made his first team debut back in November as he replaced Joe Hart in the 82nd minute against Ludogorets Razgrad.

He will be out for the rest of the season as he has undergone surgery to his left knee after tearing his meniscus.

The 22-year-old is due to undergo a period of recovery and rehabilitation and may be able to return to train in May if everything goes to plan, but by the time he is match-fit, the season will likely have ended already.

Even though it’s unlikely he would have featured, any goalkeeper will tell you how important it is to have a third choice back-up to help everyone push each other in training to their limits and provide support.

Furthermore, both Hugo Lloris and Joe Hart have a long history of injuries having suffered plenty between the pair of them, so the injury to Whiteman is a blow even more so as it means there may have to be a goalkeeper from the youth team promoted should one of them suffer an injury before the end of the season.

Excited to be here! The stadium looks amazing!😍 Can’t wait to see it with some fans! 💜🦁 #VamosOrlando pic.twitter.com/PnPofMpoHu

Brandon Austin is out on his second loan move of his career as he prepares to help Orlando City in the MLS after impressing last season in the Danish second tier where he made 14 league appearances for Viborg FF.

Meanwhile, last seasons back-up keeper Paulo Gazzaniga has struggled for game-time on-loan at La Liga club Elche, who have a clause to buy the Argentine keeper at the end of his loan but it’s unlikely they will.

@Jchibzz travelled with the first squad to @NUFC on Sunday pic.twitter.com/cAf7nzIUvl

The loans mean that former Maidstone United loanee Joshua Oluwayemi, who travelled with the squad to Newcastle yesterday, will be promoted temporarily to the first team as third-choice keeper as his teammate in the Under 23’s Kacper Kurylowicz is due to be released at the end of the season.