Five key talking points as Spurs slip up at Newcastle 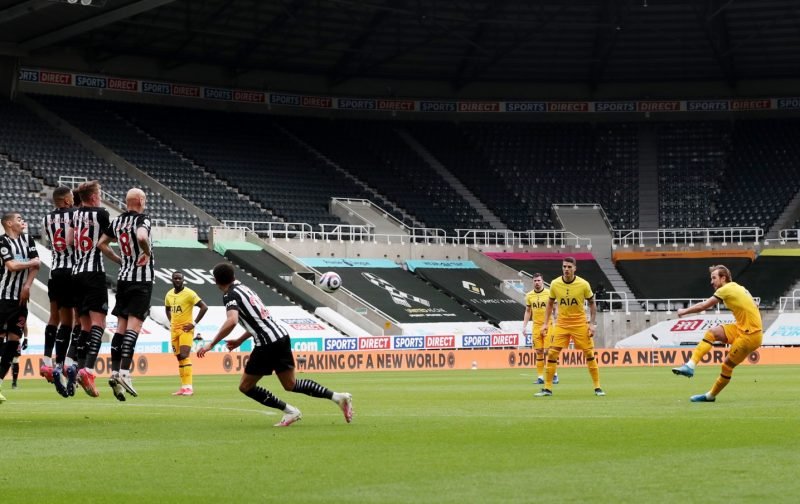 Jose Mourinho and his Spurs players will be desperate to put yesterday’s draw away to Premier League strugglers Newcastle behind them, but there are plenty of lessons to be learned from the game.

Joelinton opened the scoring after some calamitous defending from Japhet Tanganga and Davinson Sanchez before Harry Kane scored a quick-fire double to put us back in front.

Joe Willock scored the equaliser for Newcastle moments after Kane hit the post, but again some more awful defending was to blame for the goal that ultimately prevented us from getting into the top 4 provisionally.

Joe Rodon standing out in a poor defence

Another positive performance from the defender 💪#COYS #THFC pic.twitter.com/jpDqmFSHGx

Welsh defender Rodon needs to remain in the starting line-up for the rest of the season, because even where the defence was calamitous, he somehow managed to remain calm and put in a solid shift.

He made 10 clearances, blocked four shots and made six interceptions to help Spurs prevent any more goals conceded, because without Rodon, it would have almost certainly been more for Newcastle and an even more embarrassing defeat for us.

Terrific turnaround from Tottenham, and Harry Kane is at the double! 🔥

While his work-rate on the defensive side of his duties isn’t all that great, Ndombele quietly put in another impressive performance as he assisted Kane’s second goal with a perfectly timed pass and also sent through Giovani Lo Celso for the first goal before the Argentine slotted in the England captain for his first.

There could have been another assist for the Frenchman as he again sent through Kane who’s first touch prevented him from rounding Martin Dubravka, and the midfielder also could have been given a clear-cut opportunity to score if Erik Lamela released the ball when the record signing was in acres of space on the last-man, instead of drawing a foul.

Blame the player as much as you like! But who selects them??!! Why didn’t Son/bale start?? Why the vendetta against Dele??!! Why take Lucas off when it should have been Lo Celso? Why is Sanchez starting ahead of Toby??

We haven’t seen too many sub-par performances from Lo Celso since arriving from Real Betis, but this one yesterday was probably one of his worst, despite assisting Kane for the first goal (if you can call it an assist).

He was caught out plenty of times dallying on the ball in midfield, his passes seemed constantly inaccurate and his work-rate to come and help in defence was not as good as he usually has, and after being substituted for Gareth Bale late in the second-half, he will look back on that performance and be disappointed he couldn’t contribute more.

Holding on to the ball for too long is probably one of Lamela’s weakest areas in his game, and yesterday, it cost the team a victory.

On one occasion, Spurs had a three-on-one counter attack with the Argentine on the ball and all he had to do was slot in Heung-min Son to go through on goal, and then no-one would catch him – but he held onto it for too long and the angle closed and he passed for Kane instead in a more difficult position. The other time, Ndombele was on the last-man in plenty of space and would have went through on goal, but Lamela chose to hold onto the ball and draw a foul much to the Frenchman’s fury.

Too soon to substitute Carlos Vinicius

Carlos Vinicius was put up front, yet Spurs did not use him. Where were the crosses into Kane and Vini? Where were the balls into his chest to bring others into play? If you set up with him up top, use him properly.

Brazilian striker Vinicius has been a hit and miss among supporters, despite having the best record out of any of our backup strikers in recent years, and now he is getting a good run of games in the Premier League it seems like. Yesterday, he was subbed off at half-time for Son, but the team after that gave so much possession away from clearances and long balls as Kane would drop deep and no one would be there to chase them like Vinicius does.

He helped press the Newcastle defence into making plenty of mistakes in the first half while being the most advanced man on the pitch, and his energy sparked life into Spurs, and in the second-half, it seemed like the team lacked exactly that. He had the least amount of touches out of any player on the pitch, and while some people are suggesting he had a poor game, it was the positions he occupied off the ball that gave Kane joy in the first-half.