Mourinho desperate for Inter defender to take Spurs to next level 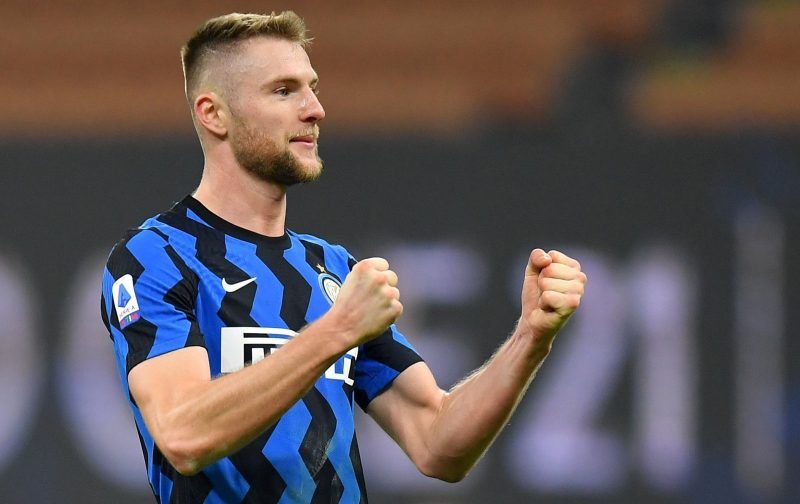 The calamitous defending from Spurs over the course of this season has been incredibly concerning, particularly as the club just a few seasons ago had the best defence in the league with Jan Vertonghen and Toby Alderweireld were in their prime at the club.

Yesterday against Newcastle was just another example of the downfall that the fans have had to endure watching, where both goals were so easily preventable had there been just a little bit more organisation and determination at the back.

Us fans are desperate for a new centre-back to be signed in the summer, and not just any old centre-back but one that will organise the back-line and take us to the next level – and Jose Mourinho is desperate for exactly that too, as he is reportedly desperate to sign Inter Milan star defender Milan Skriniar.

Another he wants but will he get him? no but people will tell you he got the players he wants

I’m not a fan of Jose, not a fan of his football style or the way he presents himself to the media. However I do feel we need to give him a pandemic free transfer window to try to sort out the defence. Feel the 21/22 season will be where the excuses run out if we are still poor

The club have been heavily linked with the defender over the last year and he was available previously for £25 million in January, but since rediscovering his best form at Serie A league leaders Inter, the price tag will definitely be far more expensive now than it was before.

Spurs fans initially were gutted that Skriniar was not signed, and we were even more disappointed to hear that his valuation had risen to around £60 million by a few different sources.

However, the previous reported price tag for the Slovakian international is now believed to be way wide of the mark, which will be music to the ears of Daniel Levy should he also agree it is a necessity to invest in the defence.

The ball-playing centre-back is a fantastic passer of the ball, and his tackling, interceptions and concentration are all strengths of his too, while he is also a threat from set-pieces having five goals for club and country this season and 21 goals in his entire career.

At 26-years-old too, Skriniar is definitely in his prime and will be for the next few seasons, which is ideal particularly as he will be a crucial role model and leader for young defenders Sergio Reguilon, Joe Rodon and Japhet Tanganga who he would most likely play alongside.

Should Spurs decide not to pursue the Inter defender, the likes of Lewis Dunk, Nikola Milenkovic and Joachim Andersen have been sounded out as alternative targets, but none of those three would be anywhere near as good as Skriniar would be for the team.