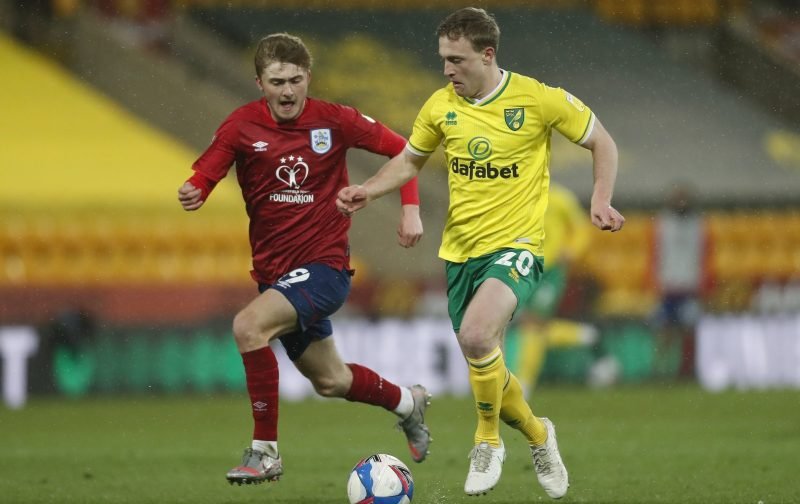 Despite the quite clearly impressive performances Spurs hot prospect Oliver Skipp has put in over the course of the season while on-loan at Norwich City, some rival fans still aren’t convinced by him, and some of our own fans have been concerned about the defensive midfielder’s ability to contribute attacking-wise.

During England Under 21’s European Championship campaign, there were a minority of viewers suggesting the youngster doesn’t have what it takes and is just another ‘sideways’ midfielder.

It’s important to remember that his abilities are way more suited to the defensive phases of play, but I would still argue Skipp isn’t even just a defensive midfielder, and from what we have seen from him, he definitely has the ability to occasionally contribute further up the pitch.

Huddersfield Town’s 7-0 humiliation at the hands of Skipp’s current team was just more evidence that he can contribute at the other end of the pitch and do some extraordinary things, being involved in the build-up of a few goals but the highlight was winning a penalty for Teemu Pukki’s hat-trick.

Oliver Skipp running through the defence to secure a penalty for the sixth goal as Norwich win 7-0 last night…🌟#THFC | @SpursOfficial pic.twitter.com/B70CNtgusG

But he didn’t just win a penalty – he ran the length of the pitch straight down the middle of it after winning the ball in his own half like Glenn Hoddle did against Oxford United back in 1987, but as the absolutely rapid Isaac Mbenza caught up with the midfielder, instead of taking a shot, Skipp waited for the contact and won a penalty for his team.

Should he have taken the shot and missed, the run would have just been another one of those marauding runs that any player could have made, but Skipp had the maturity and footballing IQ to know that he had a better chance of winning a penalty off Mbenza than scoring a goal himself.

One Norwich fan tweeted: “That is absolute class from Oliver Skipp… just what we needed at that point in the game, drives forward and wins a penalty. Superb.”

That is absolute class from Oliver Skipp… just what we needed at that point in the game, drives forward and wins a penalty. Superb. #ncfc #thfc

One Spurs fan tweeted: “Seems like just another day at the office for Skipp.”

Seems like just another day at the office for Skipp. https://t.co/FeFeV0OE0D

And it is becoming just another day at the office for the midfielder, who has been a key component of the Norwich team who will most likely be back in the Premier League next season.