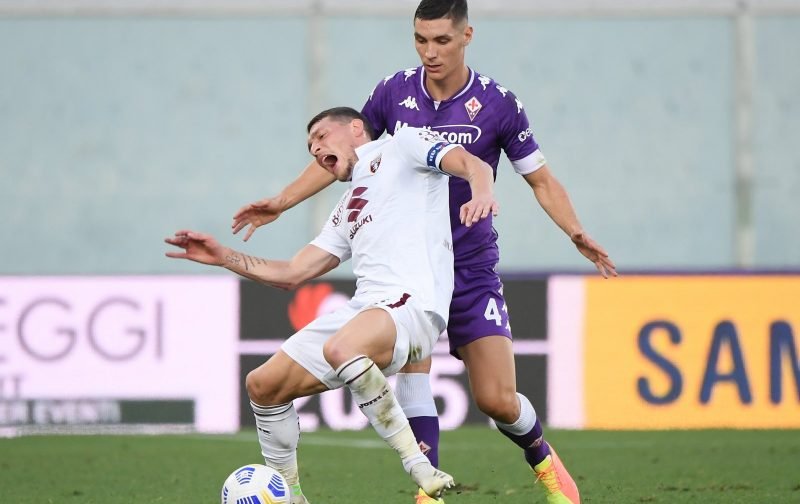 The top tier in Italy is a league which Tottenham have heavily watched over this last season, as they are desperate for Juventus forward Paulo Dybala to make the move to the club.

Jose Mourinho is desperate for a permanent back-up for Harry Kane, or even a player that can play as a number nine when required but also as a ten or out wide so that they can start alongside the England captain too, like Heung-min Son does.

Vlahovic is a 21-year-old Serbian striker who is a very similar player to on-loan Carlos Vinicius, but with 13 goals in 23 Serie A starts, it is probably fair to say the youngster may be sightly more prolific with a lot more potential.

🗞[@CorriereFirenze] | Tottenham Hotspur have made contact with the agent of striker Dusan Vlahovic ahead of the summer.

🇷🇸Vlahovic has enjoyed a great season for the Serie A side, registering 13 goals and two assists from 28 league games.#THFC #COYSpic.twitter.com/svEizxn7kg

That third goal was top class.

If we can't keep Vinny, Dusan is a great option.

Udinese legend Antonio Di Natale has labelled the forward as a ‘phenomenon’, and Spurs have already made contact with the Serbian’s agent according to the report, but with a hefty €50 million price tag and competition for his signature from the likes of AC Milan and Arsenal, it seems unlikely that we would move for the prospect at this time.

Meanwhile, prolific Torino captain Andrea Belotti is available for far less at around €25 million, and he is already a proven goalscorer over a number of seasons having scored 90 Serie A goals in 200 appearances, so he would make far more sense to be brought in as a back-up to Kane or even someone that could play slightly in front of the homegrown superstar.

Just a 31 year old man celebrating the fact he got Andrea Belotti in his pack of @OfficialPanini stickers today. #GotGotNeed pic.twitter.com/wiP6nzjz7v

Andrea Belotti with an outrageous strike… 🔥🔥🔥

Watch Serie A on BT Sport all season. pic.twitter.com/yQFuNNVASr

Andrea Belotti talked the referee out of booking Cristian Romero after he 'fouled' him.

Then, Belotti gives the ball back from the resulting free kick.

Belotti is 27, the same age as Kane, but having played for Torino for so many years, Spurs would be the step-up that he would be looking for and if (god-forbid) our golden boy leaves the club at the end of this season or the next, the Italian international would be a capable replacement for him and at a very cheap cost.

However, compared to Dybala, neither of the two strikers will be able to fill in as many positions as the Argentine would and definitely don’t have as much quality as he does, so our pick 100% would still be the Juve man, but if he opts for elsewhere, Belotti would definitely be a signing I could get behind and Spurs fans definitely would too when they see him in action.