‘Ordinary’, ‘Reached his prime’ – These Tottenham fans were unanimous with their thoughts following Gold update 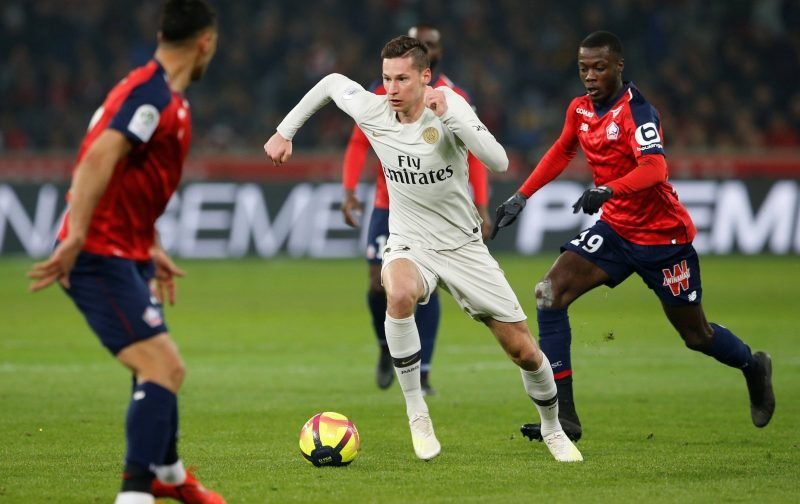 Tottenham Hotspur had been linked with a move for Julien Draxler last week, with L’Equipe (via Sport Witness) claiming that he was on their radar for a summer switch.

It had been stated that Paris Saint-Germain were open to the idea of offloading the Germany international as they need to get their finances in order to comply with the stringent Financial Fair Play rules that have been set.

However, a report by Bild over the weekend has revealed that the 25-year-old is not keen on joining us or even returning to his homeland with Bayern Munich.

Although hearing a player snub an alleged opportunity to join our club is never nice, reputable journalist Alasdair Gold has stated it was never an option as Spurs had not discussed Draxler internally as a target.

Lots of talk of Julian Draxler snubbing various clubs after he said he's staying at PSG. As far as I understand it he's not a player Spurs had discussed internally as a target this summer.

As we previously mentioned on Vital Spurs, Draxler managed to provide his team-mates with 12 assists and score five goals himself in his 46 appearances across all competitions (Transfermarkt), making him appear to be a good candidate – although it would seem not everyone shared the same opinion as us.

It would seem that news has sent a number of the Tottenham fans delirious as many of them could not hide their delight to the news on Twitter.

One fan suggested that Draxler was ‘over-rated’ and ‘had reached his prime’, whilst another felt he was ‘ordinary’. Here are some of their reactions…

Good. I think he’s over rated and has reached his prime. Bruno Fernandes ✅ ,Ndombele ✅, Sessegnon ✅ resign Llorente. That’s all I ask for.

Doesn’t seem to fit the Poch criteria for attitude

Draxler again ?? Really. Dont even rate him that highly.
Am I missing something here ??

Perhaps, these fans are right? Maybe the 25-year-old has not gone on to fulfil his potential and with some of the other rumoured targets being floated about in the media, perhaps we are better off avoiding him.