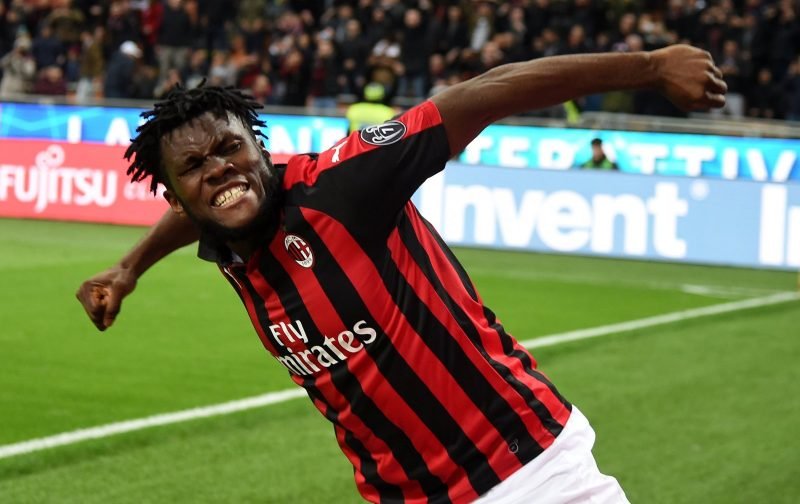 Tottenham fans are keen for another transfer or two in the final week of the transfer window being open, although who they bring in is absolutely key. The Lilywhites have been linked with a move for Frank Kessie by Calcio Mercato, but that simply does not make sense.

The Ivorian midfielder would have made for a perfect signing in the middle of the club’s midfield, unfortunately, though, that was before Daniel Levy and Mauricio Pochettino had made the move to sign Tanguy Ndombele from Lyon back in early July.

The French midfielder does everything that Frank Kessie does, and there is no point in signing the AC Milan midfielder for a fee of £40m just to play in rotation with their other new midfield man, especially when the stats favour Ndombele anyway.

When looking at the two of them, using WhoScored’s player comparison tool, it makes for an interesting read. Whilst Kessie outscored Ndombele, he failed to match his assist total and also came second when looking at key passes, dribbles, tackles and interceptions per game.

Frank Kessie is undoubtedly a top player, but the links to Tottenham simply make little sense. The deeper midfield roles at Spurs will be filled by Ndombele, Moussa Sissoko, Harry Winks and Eric Dier over the course of the 2019/20 season, with loads of other options available.

Oliver Skipp has performed extremely well in pre-season and Jack Roles could be set to have his breakthrough, so bringing in a second midfield man in the same window makes little sense, especially when the fee could be that of £40m.

Should Mauricio Pochettino lose one of his midfield stars over the next 12 months then Kessie is one who could be brought in further down the line, but at the moment it makes little sense to splash out on him considering their need for a #10 and full-backs.