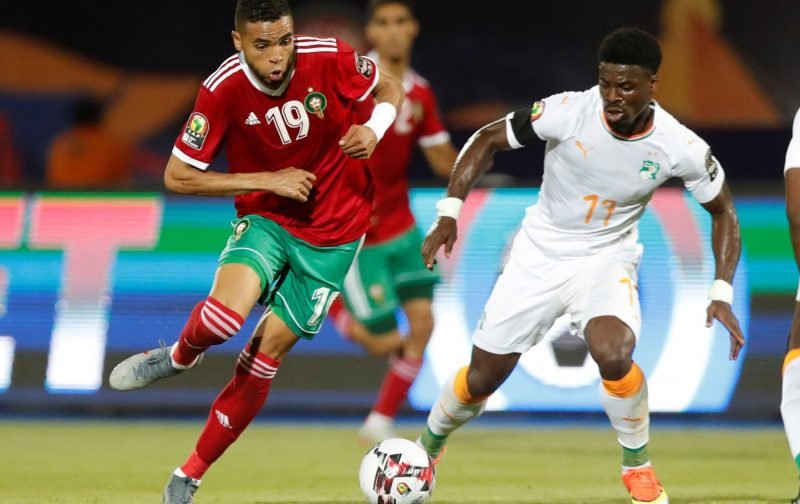 “Imagine having this right-back at our disposal” – A lot of Tottenham Hotspur fans want Serge Aurier to start against Crystal Palace – after he captained the Ivory Coast to a 2-1 win over Tunisia.

The 26-year-old was making his first appearance of the season after finding himself sidelined by Mauricio Pochettino – with the Argentine preferring to play Kyle Walker-Peters.

Even an injury to Walker-Peters did not give Aurier a start though with Pochettino choosing Davinson Sanchez over him for the North London derby.

The move was a disaster as Sanchez was torn apart and it seems many Spurs fans want to see Aurier play in the next Premier League game.

Imagine having this right back at our disposal

A lot of Tottenham supporters want Pochettino to use Aurier rather than an out of position Sanchez or Walker-Peters.

Why are you posting this? Is he a Spurs player? Could’ve fooled me

Unfortunatly he doesnt play for spur

Other Spurs supporters forgot he even played for Tottenham. This is clearly a dig at Pochettino which I found to be quite amusing.

And he didnt get injured? No way

Glad he didn’t give him self an injury this time

Finally, a few Tottenham fans can’t believe he did not get injured. Spurs have had a rough time with injuries this season, so this is about that.