How Spurs could line-up under Erik ten Hag next season 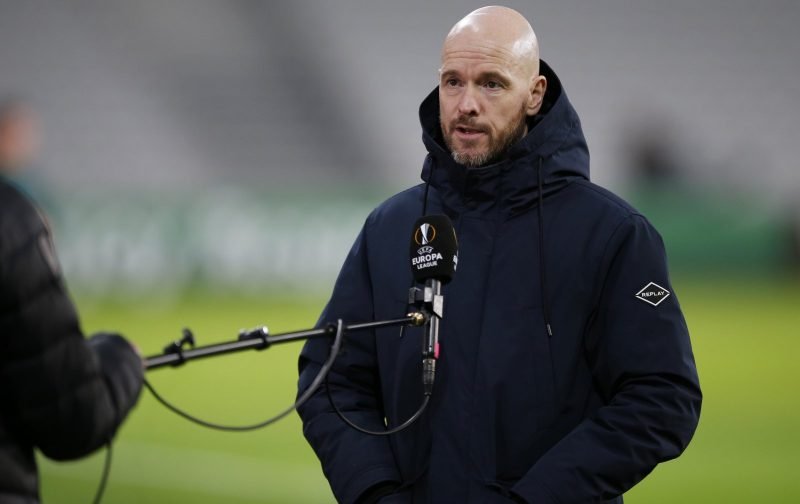 Erik ten Hag now looks like the number one candidate to replace Jose Mourinho at Spurs, and fans are getting more and more excited at the prospect of having him coach the team.

We have already profiled players we believe he could try and bring with him to North London, and now, we have picked the starting XI for the first game of next season based on how we think ten Hag will set-up and what transfers he will make.

At Ajax, he deploys a 4-3-3 system which has a high defensive line and high pressing forwards with three hard-working midfielders with two bringing lots of creativity to the table and one who is a real ball-winner and work-horse.

Andre Onana may have played his last game for Ajax!

The club are aiming to sell the goalkeeper this summer after failing to agree on a new deal! (Via @MikeVerweij )

Could ten Hag persuade the Cameroonian shot-stopper into coming to North London? Onana is currently serving a 12-month suspension for doping, but an appeal is on the horizon and Ajax are confident it will be overturned, and in that case, it could be possible he starts in Spurs’ first game of the season next year should the club make a move to replace the ageing Hugo Lloris now, who is wanted by a number of different clubs in France.

The current Ajax manager loves bringing through young defenders, and if he cannot entice starlet Devyne Rensch to come and join him if he takes on the managerial reigns, then Tanganga would be the next best thing. Highly rated under Jose Mourinho and loved by the Spurs fans, it’s been a rocky season for the homegrown defender, but under a coach like ten Hag who is very good bringing through young players, it is plausible he could feature in the starting line-up more frequently next season.

Another young player with plenty of potential for ten Hag to shape into a top quality defender is 23-year-old Welsh international Rodon, who already has impressed fans during his first season in the Premier League. Initially joining as a backup central defender from Swansea at the start of the season, he has become a regular fixture in the first team and it seems like he will retain his place as a regular starter next season.

Initially, plenty of us were expecting Davinson Sanchez to be sold, but the Colombian made his name at Ajax the season before ten Hag joined, and there are still plenty of people at the club who believe him to be someone who can progress massively. Should he get his career back on track, in theory due to his fantastic athleticism, he will be a solid partner for Rodon should Spurs not dip into the transfer market for a defender.

Spanish left-back Reguilon is a very attack-minded player who is well capable of supplying a cross of the highest quality in the final third, like ten Hag’s current left back at Ajax, Nicolas Tagliafico. The former Real Madrid defender will hopefully remain at the club for years to come and become a fan favourite in North London, and his value will only continue to rise.

Left-footed midfielder Lo Celso is a very technically gifted player who unfortunately this season has again suffered with injuries and has lacked consistency, however he has popped up with a goal and assist every now and then and is a player who can carry the ball from defence into attack on his own. He is crafty and the exact type of player that ten Hag loves, and so we expect him to be played on the left-side of midfield with Reguilon on the overlap.

Current Norwich-loanee Skipp has had an incredible season in the middle of the park for the Premier League bound Canaries, hunting the ball and protecting the defence in a similar fashion to N’Golo Kante. Spurs fans are desperate to see him control the midfield next season for us, and with him having a much higher season than Hojbjerg, it’s likely ten Hag would rely on him going forward should he become the next Spurs manager.

Fingers are crossed that no top club pinches Ndombele from us because the Frenchman is the most technically gifted central midfielder Spurs have seen in years, or perhaps ever. Some of the skills the former Lyon player has in his locker is just outrageous and his technique is incredible. It is crucial that the next manager makes Ndombele a key part of their plans as his creativity and goal contributions will only continue to get better and better.

It’s been a slow second-half of the season for Son, but next season under a new manager should they strike-up a good relationship with him, he will repay that trust with goals. Him and Kane have a fantastic partnership and understanding so it is imperative that the Korean remains in North London to support the England captain in the hunt for trophies.

It’s now very unlikely that Kane will leave this summer, with seemingly no clubs having the money to purchase the striker, and now Alan Shearer’s goal record is in sight, his hunger will only grow for goals. There is no other striker in the world that is as complete as him, with only Robert Lewandowski coming close in that regard, so we believe that Daniel Levy will not let any team sign him up before next season.

Steven Bergwijn with a sensational cross at there's no way he was missing from there!

He's come a long way since his first, for Leyton Orient in 2011 👏 pic.twitter.com/yN8wi0Nt5o

Bergwijn has had a very disappointing second season at Spurs, where he has failed to score or assist a goal thus far, which is shocking considering he scored a fantastic goal on his debut against Manchester City. However, there is talent still there that is yet to be unearthed by the club, and with ten Hag being a fellow countryman, Bergwijn could find himself back in favour next season if he works hard.

A few interesting picks here, starting off with Juan Foyth who has just played brilliantly against Arsenal for loan side Villarreal in the Europa League Semi-Final first leg. He is a ball-playing defender who is also more than capable of playing on the right-hand side of defence and he could yet be of use to this Spurs team after impressing while on-loan. Ryan Gravenberch is a long-shot, but he is an Ajax wonder-kid who would improve the depth in midfield greatly. Ryan Sessegnon can cover the left-back and left-wing spot and has shown his ability on-loan at Hoffenheim this year, while Dane Scarlett has vast amounts of potential and will likely spend next season with the first team.