Which players could ten Hag bring with him to Spurs? 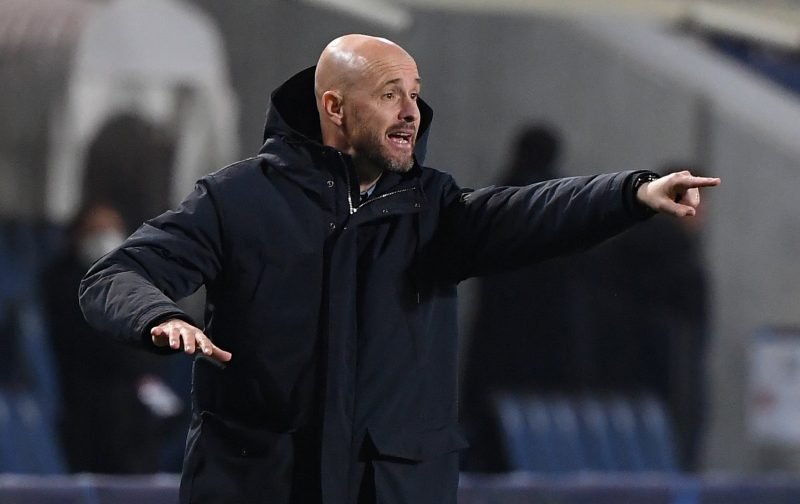 Now that Julian Nagelsmann is heading to Bayern Munich in the summer, the shortlist for Spurs‘ managerial vacancy will have one less name on it.

A very popular candidate among Spurs fans, ten Hag coached Ajax into the semi-finals of the 2018-19 Champions League, where they were knocked out by us in dramatic circumstances as Lucas Moura scored the match-winner, completing his hat-trick in the 96th minute.

Fans will be hoping that he can entice some of his Ajax stars into joining the club, so like we did last week for Nagelsmann, VitalSpurs have named three players that could follow ten Hag to North London.

Cameroonian goalkeeper Andre Onana is currently serving a 12 month ban for ‘doping’ but Ajax have already claimed that they will be appealing that.

Should the appeal be successful before the summer transfer window, Spurs could swoop to replace the ageing Hugo Lloris, who at 34, is likely to return back to France for the remainder of his career when he eventually is let go or sold.

Onana has been a revelation in Holland since leaving Barcelona where he initially joined after being scouted during his time in the Samuel Eto’o Academy, and he has made 204 appearances during his time at the Eredivisie giants.

He has also previously stated he would love to play in England, which at the time fuelled talk of a move to Spurs among other clubs, but he has been on Daniel Levy’s wish list for a while now and the appointment of ten Hag would make the club even more appealing for his current player.

Pep has been getting a ton of praise for his creative use of fullbacks, but ten Hag has been doing the same for ages too.

Versatile 18-year-old defender Devyne Rensch is a wanted man by all the top clubs in Europe, and it’s not going to be a shock when Ajax begin demanding a high price tag for him, particularly after letting top prospect right-back Sergino Dest leave for Barcelona last season.

Despite starting just eight times this season in the Eredivisie, Rensch already has scored one goal in the league and set up a further two goals, impressing on the right-hand side but he is also a handy central defender too.

Standing at 5ft10, the young Dutchman is a very athletic player who makes up for his lack of height with a fantastic leap, and he excels with his passing, ability to make interceptions and also his tackling.

With Serge Aurier likely on the transfer list this summer, Rensch could easily come in and make that spot his own for years to come, but only at a hefty cost.

Gio Reyna has been named the 5th best U20 in the world, according to L'Equipe.

Another player who will improve the current first team greatly but at a hefty cost is 18-year-old sensation Ryan Gravenberch, who would make the perfect central midfield partner for Tanguy Ndombele with Pierre-Emile Hojbjerg starting behind them.

A central midfielder who is also capable of operating in the defensive midfield position, Gravenberch is an excellent passer of the ball and while he does plenty on defence, he has shown this season he is more than capable of popping up with a goal or an assist, scoring three times and making five assists in 28 Eredivisie games.

He has already made his debut for Holland, and the former Manchester United transfer target has proven he is one of the best box to box midfielders for his age group.

Should he come in, it could allow Oliver Skipp to return to Norwich on another season-long loan where he would be guaranteed to play first team football in the Premier League regularly, if the young midfielder would not be able to get the same kind of minutes at Spurs.