Transfer News: 30 goal forward could sign for Tottenham, but Jose would have to sacrifice two players to get him

It has to be remembered that top footballers don’t just become bad overnight. There is nearly always a reason off the pitch for why a player’s form might dip on it, and that will almost certainly be the case for AC Milan’s Krzysztof Piatek, who is struggling this season after a barn-storming 2018/19 season.

To be fair to Piatek, he’s not the only Milan man to struggle this season, as the Rossoneri are having a stinker of a season. The Polish striker could now be on the way out of the San Siro, and as links to Tottenham cannot be missed at the moment, memories of his 30-goal campaign last season will come to mind.

The links between Piatek and Tottenham have come from all angles, fortunately, the top-notch journalists over at Football.London have put together where the key pieces of information have come from in a handy read that has all you need to know about the rumours linking Piatek to north London.

One piece of information is certainly jumping out about the supposed deal to bring the Pole to the Tottenham Hotspur Stadium, though, and that is the news that should the Milan man sign for Tottenham, the Serie A club want to see both Victor Wanyama and Juan Foyth head in the opposite direction.

That would be on top of a cash sum that the Lilywhites would need to fork out, and it’s certainly far from ideal for Spurs to have to lose two players to bring in a back-up striker, but there are certainly positives to this as well as negatives. 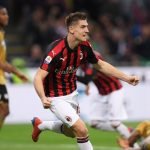 No! Get a defender! 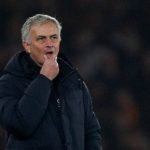 Wanyama is one who Spurs will be keen to ship out sooner or later regardless of who comes in, but Foyth is someone who should not be let go of easily given his versatility and promise in defence. If this is the only way to get Piatek from Milan, though, then Jose Mourinho has a decision to make.

One Reply to “Transfer News: 30 goal forward could sign for Tottenham, but Jose would have to sacrifice two players to get him”