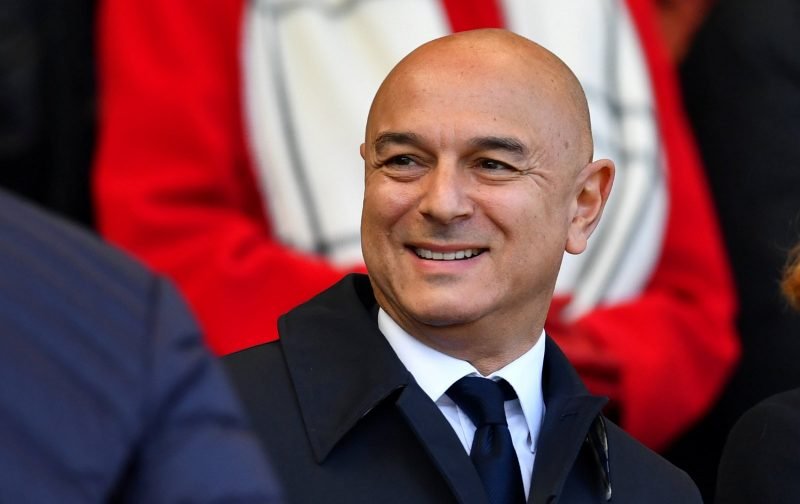 So, another Transfer Window saga is almost over. This time it’s a fruitful one. There’s little doubt that this was one of the most interesting TWs in recent times for Spurs. And it sends a clear message to anyone who follows football. That message is; Tottenham is serious in its intent.

Levy and the THFC Board have long been criticized by many supporters for keeping his hands in his pocket. Many considered that his long-term plan involved making money rather than building a team that can bring trophy success on the park. And he certainly was not a risk taker.

Levy’s detractors are mainly those supporters who do not have the patience or the vision to understand what he hopes to achieve. They demand instant success on the pitch and silverware for the trophy cabinet. Life rarely works that way…. and football never does.

Obviously everyone associated with THFC, especially the Chairman, want success, too. But to achieve long-term success there has to be a solid foundation on which to base all of the club’s operations. Levy has long been committed to making his vision a reality and has worked steadily toward that end. We have all witnessed the amazing development of our facilities in recent years. He is wise enough to know that he cannot please every supporter because, well, because everyone is different. But he is focused and motivated enough to maintain his efforts to make his vision a reality. The product that is THFC today is a vastly different product than it was fifteen years ago …. and in a good way.

The perception by some seems to suggest that the THFC members of the management Board are either stupid or out of touch with reality. And I don’t think anyone considers Levy to be stupid. Without doubt he understands that to make money in business (and football has become big business) a football club needs to achieve success on the park. That’s what Levy wants, too.

It takes a great deal of time, and many things have to come together, for a club to reach the heights of its aspirations. Few have the financial resources to try. Few achieve it. And there are so many very good reasons why they fail. Not long ago Tottenham looked, and played like, potential champions. But it wasn’t to be. That chapter, and opportunity, has now passed and Tottenham have had to start rebuilding again. All clubs go through the same process every few years.

Levy progresses the club in his own time and in his own way. He’s the boss. That’s how it works. He won’t progress the club in the way I want, or in the way anybody else wants. He has a plan and he is intent on following it. Comparing the club now to how it was fifteen years ago suggests he is going in the right direction.

Levy has taken a huge risk by bringing Gareth Bale back to The Lane in view of his age, lack of recent game time, and tendency to suffer injuries. He has taken another risk by appointing Jose as the club manager. For despite his trophy success with his previous clubs he remains an enigma. His ability to manage and support his players when the going gets tough poses a few questions. Tottenham have the players. It’s up to Jose to make them winners. In the past Jose has not been one for the long term in his managerial career. Levy is planning for the long term.

All transfers are risks but the risks posed by bringing Bale and Jose to The Lane are at the upper end of the scale. Maybe Levy is a risk taker after all. He has made some sound signings, and he has opened his wallet and negotiated some clever deals in the most economically troubled times the world has seen since he became Chairman.

But Levy is not just the Chairman of THFC; he is a supporter. Come the day when he leaves his current position behind I would still expect to see him at the ground on match days.

THFC is a strong club with world class facilities. It is a club which is respected wherever the game is played. All Spurs supporters can be proud of this. And the vision that leads Daniel Levy onwards is alive and well. Levy should get credit for this. My overall sense as I write this is that, for THFC, the good times are coming.