Spurs up their interest in three new centre-backs 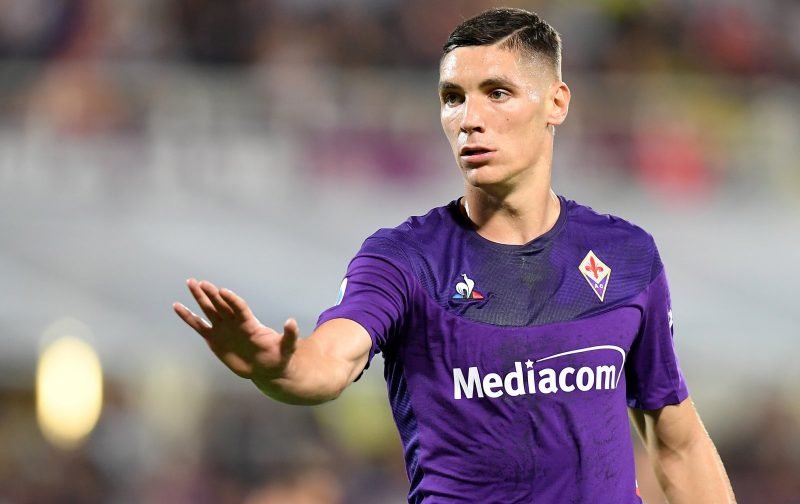 The Toby Alderweireld, Eric Dier and Davinson Sanchez era seems to be over at Spurs, with Joe Rodon and Japhet Tanganga believed to be the future of the club.

Rodon, who made an incredible last-ditch block to win the game for Wales yesterday against Czech Republic, at just 23-years-old has proven that he is able to start for Tottenham in the big games and be a leader on the pitch.

Meanwhile, Tanganga, who celebrates his 22nd birthday today, has proven himself time and time again at the right-back role despite being a natural centre-back, impressing with his athleticism, positioning and play on the ball.

Liverpool slice through Spurs early on but the debutant makes a crucial block before #LFC hit the post!

The two defenders alongside Sergio Reguilon should be the players that the backbone of the team is built around, with just a new goalkeeper and one new centre-back and potentially a right-back too to be targeted.

Today, Joachim Andersen, Lewis Dunk and Nikola Milenkovic have all emerged as targets that Spurs have scouted ahead of potential transfers, while previous reports suggesting that Jannik Vestergaard and Sven Botman were wanted by the club are believed to be wide of the mark.

Andersen has been fantastic this season for Premier League strugglers Fulham, who despite their position in the Premier League, have looked very good on many occasions, and perhaps are a bit unlucky to find themselves currently in the relegation zone.

7️⃣ – Fulham's Joachim Andersen has recorded more goal attempts than any other defender over the last four Gameweeks.#FPL pic.twitter.com/koHc6rHGWS

At just 24-years-old, Andersen has already worn the captain’s armband at the West London club, and has played 23 times in the Premier League scoring one goal.

If Spurs were to target the Danish international, his price tag will likely be quite high considering he has three years left on his contract with Lyon and their owner Jean-Michel Aulas has proven many times before particularly to Spurs that he is a tough negotiator.

We love a one-club man at Spurs, and Dunk so far has been incredibly loyal to the place where he began his career at, but now Spurs apparently want to lure him away from Brighton, where he has scored four goals this season in 26 games.

Lewis Dunk is the best possible homegrown CB Spurs can get specially for Mourinho's system.

Rodon + Dunk would be an unreal partnership.

The 29-year-old is captain of the club, and would so bring valuable experience and leadership to the team and the dressing room, but most importantly, the defence which often just falls asleep in the middle of games.

His age could put off Daniel Levy from making an offer, but he counts towards homegrown registration rules and that could potentially allow the departure of someone like Harry Winks or Dele Alli.

After his horror-show against Portugal last week for his country Serbia in which he was at fault for one of the goals and then got himself sent off for a clumsy challenge, Milenkovic still remains a target for Europe’s top teams including Spurs.

Andersen and Milenkovic would be class, Dunk will be another Doherty

This is because (ignoring that poor performance) he is just 23-years-old and has already become one of the top defenders in the Serie A – a league renowned for producing top defenders, and has been one of the best in the league for a few seasons now.

This year, Milenkovic has scored three Serie A goals and also set one up from the heart of defence for Fiorentina, who have disappointed again this season, sitting in the bottom half of the division when Milenkovic is definitely good enough to be playing Champions League football.

Out of the three defenders, we would definitely like to see Nikola Milenkovic the most at Spurs because he is the youngest out of the three and could potentially also be the cheapest, but at just 23, he already has 11 Serie A goals which will make him a threat from set-pieces most definitely, something we don’t particularly have much of right now.

Andersen and Dunk’s leadership qualities would have been great, but we have full faith in Rodon to become the defence’s leader and organiser and hopefully the new keeper that gets signed will be equally as disciplined with great leadership skills.