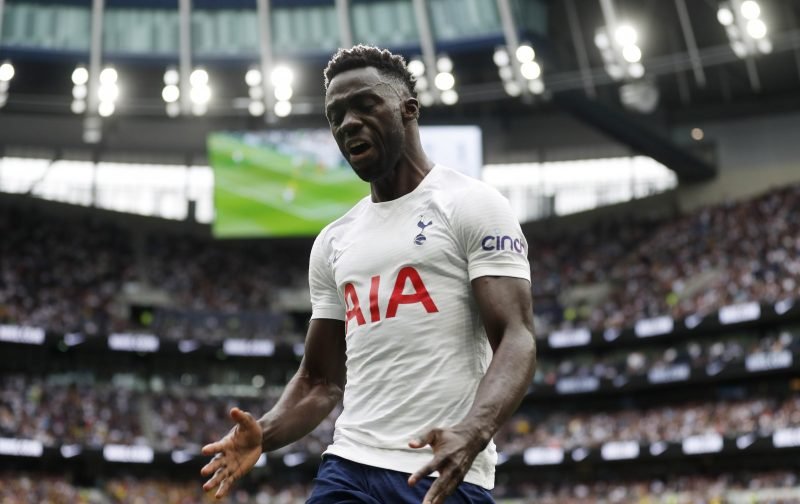 Spurs continued their 100% start to the new Premier League season yesterday after Heung-min Son’s free-kick separated them and Watford at the Tottenham Hotspur stadium.

The win makes it the first time that a new manager has won their first three games in charge of Spurs since 1949 when Arthur Rowe accomplished just that – which has come as a surprise to some given the fans negative reaction to new boss Nuno Espirito Santo’s appointment.

Nuno Espírito Santo is the first Tottenham manager in 72 years to win his first three league games for the club. #THFC pic.twitter.com/Zqspm2NwLF

Here are our player ratings from the game:

Didn’t have too much to do, but another clean sheet in the bag for the 34-year-old keeper.

Struggled initially with the pace and power of Emmanuel Dennis, but grew into the game and offered himself as an option in attack. Almost scored from a corner when the ball ricocheted around the box but he reacted quickest to poke the ball towards the far corner, but unfortunately for him he was denied by a brilliant block and clearance.

Excellent display from the defender who now looks set to stay at Spurs for a season of redemption. He looks a completely new player and his erratic tendencies are beginning to disappear. Made some brilliant tackles, interceptions and clearances and his long-range passing has improved dramatically. Man of the match.

Another classy display from Dier who is also looking to revive his career at Spurs after falling out of favour with former managers and the fans. Didn’t have as much to do as his partner at the back, but everything he did do he did with composure and confidence.

Struggled with the pace of Ismaila Sarr in the first twenty minutes, but after Spurs began to dominate possession, he didn’t have too much to do but confidently dealt with anything he faced afterwards.

Always looking to get the team further forward and willing to do the dirty work for the side. Almost was put through on goal by Dele Alli who spotted his deep run, but the Englishman’s ball did not have the accuracy Hojbjerg was hoping for.

Oliver Skipp has not lost a single Premier League game he has played in with Tottenham Hotspur:

Another composed performance from the 20-year-old who has still not lost a game while wearing the Spurs shirt. Always looked to keep the game flowing and moving forward by taking as few touches as possible.

Struggled to put his typical stamp on the game and missed a great chance in the second half. Went missing at times but did plenty of running for the team.

Struggled against the strong Watford defence who didn’t give him too much space to work with. Had bright moments and worked hard for the side.

Didn’t create many chances nor did he take the few chances he got. Still, really good to see him playing again for the team in front of a packed out Tottenham Hotspur Stadium.

It's time to hear from our match-winner 😍 pic.twitter.com/TIwjv3Hvxl

The Korean forward got the match winner with a free-kick whipped into a dangerous area, which found its way into the far corner without being nodded on. Deserved goal on his 200th Premier League appearance.

Almost got himself an assist after setting up a clear-cut chance for Kane, but the England captain had the ball taken just off his stride by an excellent tackle from William Troost-Ekong.

Came on for his Premier League debut late on but barely had a touch of the ball.