Should Spurs try and keep Juan Foyth this summer? 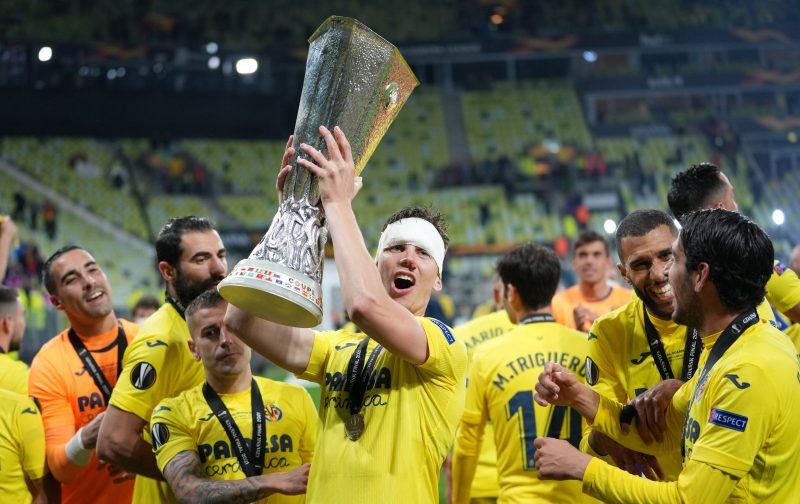 After Villarreal’s incredible Europa League Final victory over heavy favourites Manchester United this week, many Spurs fans are desperate to see Juan Foyth return to the club after his successful loan spell in Spain.

The 23-year-old impressed against Ole Gunnar Solskjaer’s on Wednesday, as he found himself in the wars pretty early, suffering huge cuts to his lip, nose and just above his right eye after being caught by Paul Pogba’s knee accidentally.

However, the giant collision did not stop the Argentine from putting in an incredible performance in which he stopped Marcus Rashford in his tracks time and time again, and instead of crumbling under the pressure of the United press, remained cool and picked out a forward pass with precision and accuracy to get his team going forward.

After shepherding the ball off the pitch for a goal kick and sending Edinson Cavani flying into next season with a shoulder barge, Spurs fans seemed convinced on Twitter that the defender should definitely be returning next season.

Don’t let Man Utd losing the final distract you from the fact that Juan Foyth & Capoue have become the 88th and 89th players to win a trophy since departing Spurs, since they’ve last won one. pic.twitter.com/ZhgPFg8SXL

However, the Europa League champions can sign him for a bargain fee of around £13million, thanks to a clause in his contract – but Spurs fans can hold hope that the defender may choose to fight for his place in North London next season, where he may only have Japhet Tanganga and Matt Doherty to contend with as Serge Aurier heads closer towards the exit door.

Unfortunately, Foyth’s future is out of our hands, and we must hope that the club and the new manager whoever that may be does whatever they can to bring him back.

Meanwhile, Villarreal centre-back Pau Torres impressed Spurs fans too, and as a left-footed defender, signing him could be a shrewd piece of business, but with runners-up United among a whole host of other big clubs interested, Daniel Levy bringing him to the club seems quite improbable at this stage.

Pau Torres might be it you know. Left footed. 24-years-old. pic.twitter.com/iKIsGKYbvY

Although, Foyth returning and becoming a first-team player could allow the club to invest in the central defender position, and many fans are desperate for that left-footed centre-back, but with none so far appearing in transfer speculation except Barcelona’s Samuel Umtiti very briefly earlier on in the year, it doesn’t seem likely that us supporters will get our wish in that regard.