Belgian side want Alderweireld and former Spurs winger too 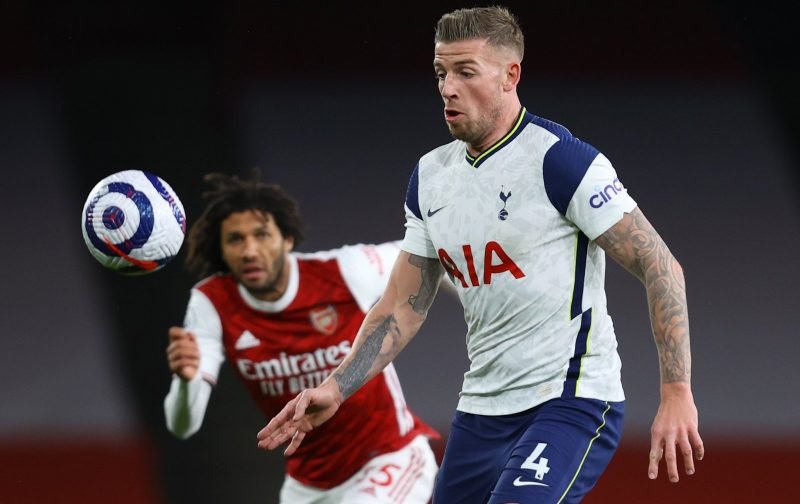 Club Brugge are set to target Toby Alderweireld and former Spurs winger Nacer Chadli this summer after running away with the Belgian league title this season.

After winning the division by 16 points, beating second-placed Royal Antwerp to the trophy, the club are looking to build upon their successes into next season, and they believe they can entice Alderweireld and Chadli into joining the club.

Mauricio Pochettino wanted to sell #thfc defenders Toby Alderweireld and Eric Dier after the Champions League final in 2019. [The Times]

The Spurs defender addressed the links on a Belgian podcast this week, saying:

“[Is it possible?] That I can come and play in Belgium? Yes, I can. I’m not saying ‘no’ to that,” said Alderweireld.

“That is not always in my hands. I am also very happy at Tottenham. If I say now that I want to play football in Belgium, it looks like I want to leave Tottenham. And I don’t.

“Again: I am very happy there. But I am not saying ‘no’ to Belgium beforehand either. We’ll see if it comes my way.”

Meanwhile, the centre-back has also been linked with a return to former club Ajax, which arguably would be a more attractive proposition given their recent successes over the last few years under manager Erik ten Hag, who is also linked with the current managerial vacancy at Spurs.

It’s likely that Spurs will demand around £15 million for the 32-year-old, but Daniel Levy isn’t particularly too keen in selling the defender, particularly as he is the best performing centre-back out of all of the players in that position at Spurs.

During his six-year stay at the club, he has made 242 appearances in all competitions, scoring nine goals with all but one coming in the Premier League, while also being named in the PFA Team of the Year in his debut season as well as scooping up the Tottenham Hotspur Player of the Year in the same campaign.

On This Day in 2013, Nacer Chadli made his Spurs debut. Perfect chance to bring this video back. 🤫 pic.twitter.com/n1RSNFvmir

Nacer Chadli is currently at Istanbul Basaksehir where he has three goals and set-up a further three in just 12 Turkish Super League starts, and he could also return to his homeland with the same club, as Club Brugge look to bring in both men.