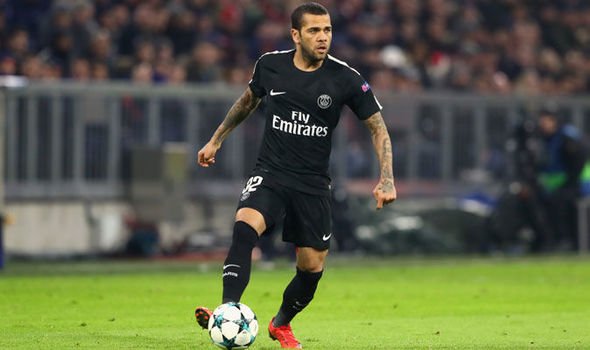 Signing a new right-back was made a priority by Tottenham, but Daniel Levy and Mauricio Pochettino have seemingly made a baffling U-turn with their transfer philosophy.

Earlier this summer, Spurs were looking for a younger alternative to Kieran Trippier who could develop under Pochettino and provide many years of service – Max Aarons & Aaron Wan-Bissaka – but it appears they’re now willing to sign an ageing defender on a short-term deal.

According to Mundo Deportivo, Spurs are battling Manchester City and Arsenal for Dani Alves’ signature. The 36-year-old was recently released by Paris Saint-Germain and may be open to a move to the Premier League. Alves wouldn’t be a cheap short-term acquisition, however, as his salary demands could cost Tottenham more than £7m for just one year of service.

The Brazilian international’s appearances would have to be managed too. If Spurs aren’t signing a right-back who can handle an entire campaign and will need replacing in 2020, why are they bothering? Tottenham have three more weeks to strengthen the squad before the summer transfer window shuts, but talk has been quiet about a young Tripper replacement being signed.

Spurs should wait for the ideal young right-back rather than papering up the cracks with Alves.