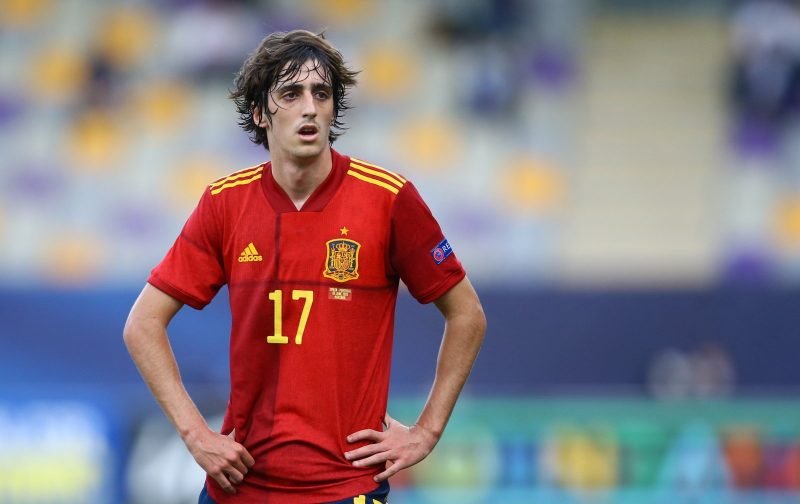 Spurs‘ latest addition Bryan Gil spoke to the club’s media for the first time since joining, as he prepares to help Spain who face Argentina in the Tokyo Olympics tomorrow.

The promising 20-year-old completed his move to the club in a deal which was worth £21.4 million and also saw Erik Lamela head to Sevilla on a permanent transfer.

Gil is regarded as one of Spain’s top prospects, and to bring him to Spurs is an excellent coup from Fabio Paratici – and the player is equally as excited as the fans to get going.

“I’m very proud to join Spurs,” said Gil. “To represent the badge of a world-class club like Tottenham and be able to play in the Premier League feels great.

“I’m coming to Spurs to win points and give everything in every minute. As a player, on top of hard work and sacrifice, I want to contribute dribbling, goals and assists.

“The Premier League is the world’s elite. The pace is non-stop, which is really attractive for players and fans. I can’t wait for the season to start!”

The winger will likely play down the same flank as former teammate Sergio Reguilon, who has already been in touch plenty with Gil ahead of the Spaniard’s arrival at Hotspur Way.

“We haven’t linked up much on the pitch but he’s spoken very positively to me about the Club and the city,” said Gil.

The life of Bryan. pic.twitter.com/Ds3IPhsH3A

You can catch Gil live on Eurosport 5 from 12pm tomorrow, as the Spain team take on Argentina in the final group stage game.

“Playing in the Olympics is a very special thing, although due to COVID they can’t go ahead as they should do (with fans), which is a shame,” he said.
“Even so, it’s still a unique event and one I’ve always dreamed of competing at. Hopefully we can come back with a medal.”
It’s not yet clear if we will get to see Gil at the start of the season against Manchester City, but it will be incredibly exciting to watch him in action wearing a Spurs shirt for the first time never the less.