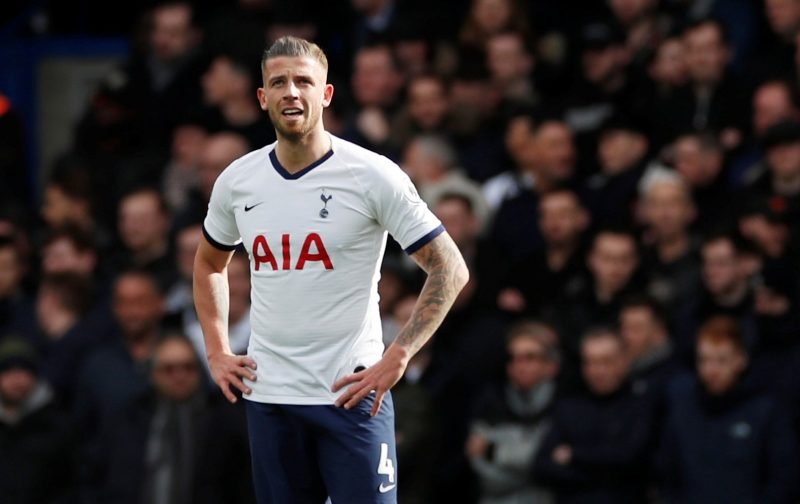 Belgian defender Toby Alderweireld officially completed his move from Spurs to Qatari side Al-Duhail today – with earlier reports of a £13 million fee now believed to be wide of the mark and the price paid actually closer to £4 million.

The fee has left many fans gobsmacked due to the significant decrease from what most of us thought was a fair price for the 32-year-old.

Alderweireld only made one error directly leading to an opposition goal throughout his time at Spurs in the Premier League – in which he made 200 appearances after signing from Atletico Madrid back in 2015.

We have reached an agreement with Al-Duhail SC in Qatar for the transfer of Toby Alderweireld.

We wish Toby the very best for the future.

Having scored key goals against Arsenal as well as against the likes of Manchester United – he established himself as a fan favourite playing alongside compatriot and close friend Jan Vertonghen.

With Qatar set to host the World Cup next year, it makes sense that they are encouraging their top league’s clubs to sign top players to help their homegrown stars develop and get ready for the tournament.

However, it’s a big surprise that a centre-back of Alderweireld’s quality has decided to complete a transfer to a club in the Middle-East, particularly as he could still compete for a Champions League level club elsewhere in Europe.

The club are looking to replace him with Atalanta defender Cristian Romero – however at present a deal is hard to conclude due to the two clubs being still too far apart in terms of valuation.

Romero wants the move to Spurs though, and he is desperate for the Italian club to make more of an effort to reach an agreement so he can join up with Nuno Espirito Santo and the rest of the squad for the new season.