Mason: The players gave absolutely everything 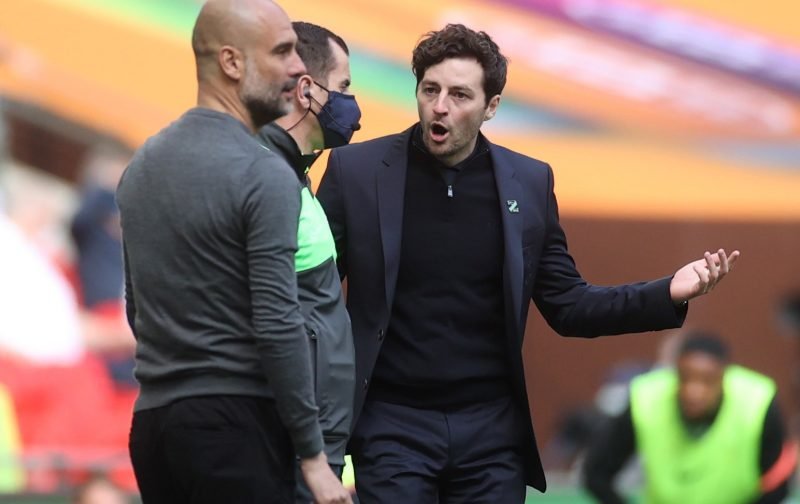 Spurs‘ Carabao Cup Final defeat last Sunday was the club’s fourth final since our last trophy back in 2008, where Jonathan Woodgate’s header earned us a League Cup trophy at the expense of rivals Chelsea.

Manchester City were always going to be a tough opponent, and given the recent drama in the last week, it’s probably fair to say that to only lose 1-0 was probably a far better outcome than most of us were predicting.

"It’s tough for me, tough for the players, tough for everyone associated with the Club, we want to give the fans moments where they have joy. So, it’s disappointing, but we have a big game to prepare for and once we get over this, our focus will be on that."#THFC ⚪️ #COYS pic.twitter.com/UYgMJZJb1A

Of course we always want to win, but it’s unfair to put the blame on interim manager Ryan Mason, who was dropped in at the deep end last week but already has a win under his belt.

🗣 "I want to dedicate that one to him and his family, he was a great man. Everyone within the club still remembers him." 🙏

Ryan Mason dedicates tonights win to Ugo Ehiogu who sadly passed away on this day in 2017 pic.twitter.com/A4l4aSstLp

Mason also believes that the players gave absolutely everything, especially after having little time to prepare themselves after playing midweek against Southampton.

“The players believed and gave absolutely everything,” said Mason. “It was difficult. I thought we rode our luck at times in the first half but defended well, blocked well, but we knew at times we’d have to ride our luck and they’d have long spells of possession.

“In the second half we had a couple of moments, produced a great save from their goalkeeper, had a couple of set-plays and openings… could something have happened for us?”

While City dominated possession and created plenty of half-chances and looked like the likelier side to score, many of their shots were skewed and off-target, and the longer the game went on the more mistakes they began to make.

“They also had a couple of opportunities in the second half, but I didn’t feel we were in any danger and as the game went on, we started to have longer spells of possession and I thought we were coming into it a bit,” continued Mason.

“Okay, we weren’t creating much in terms of shots on target, but we were getting in areas where moments can happen, we had a two against one, and these moments are what you work for.

Our first goal under @RyanMason…

“It was disappointing to concede from a set play, but I can’t fault the players. They’ve had a change of manager, a game in midweek, two or three days to prepare for this and work in a completely different way. I’ve so much pride in those players. They believed and gave everything.

“It’s tough for me, tough for the players, tough for everyone associated with the Club, our fans, because we want to give them moments where they have joy. So, it’s disappointing, but we have a big game to prepare for next weekend and once we get over this, our focus will be on that.”

Unfortunately, the final will have to be marked down in our history as another missed opportunity to win some silverware for the fans, but you cannot blame the result on Mason who had very little time to prepare for the game after being drafted in with a week to go.