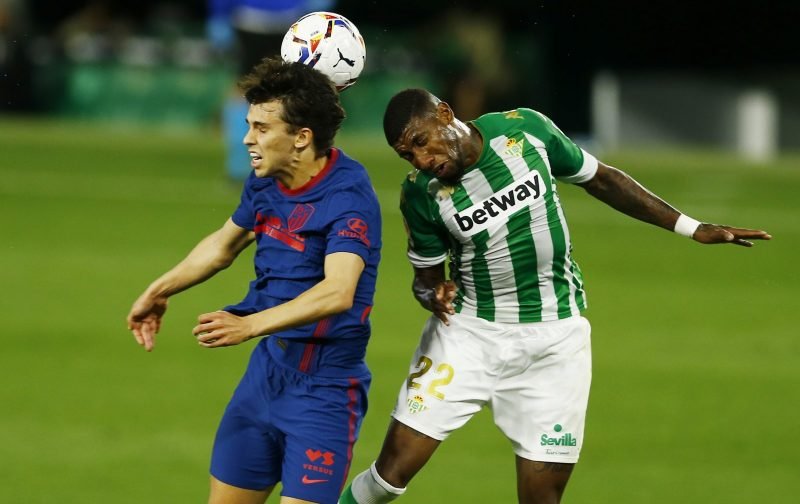 It’s inevitable that the Spurs defence will be improved upon this summer to prevent as much mistakes happening next season leading to points dropped as it has in this campaign.

Milan Skriniar and Jerome Boateng are just two of the names on the lengthy list of targets to improve the centre back spot, and next up on the list of priorities is a new right back.

Serge Aurier is likely to be sold this summer, and reports are suggesting that PSG are willing to bring him back where he would not only link up with some of his former teammates as well as his former manager Mauricio Pochettino.

Serge Aurier won more duels (13) and made more tackles (7) than any other player against Southampton.

He also had the most touches (108). pic.twitter.com/b4KO2BaIXw

Should Aurier leave, inevitably Spurs will be in the market for a new right-back after Matt Doherty’s disappointing season, and while Norwich’s Max Aarons is the most desirable option for fans, it could be that Barcelona and Real Betis right-back Emerson is the man to fill the Ivorian’s boots.

The Brazilian right-back is currently on-loan at Betis after they and Barcelona completed a joint transfer for his services in 2019, signing him from Atlético Mineiro after impressing there during his one year stint, breaking into the first team and making 23 appearances, scoring one goal.

❗️| The club’s plans for next season include Emerson Royal in the squad. Only a very big offer could change the future of the Brazilian right back. [@marcelobechler] pic.twitter.com/w1sc6aSuoW

At Betis, the 22-year-old has played 71 times in all competitions during his three-year loan spell, where he has also scored five goals, as well as setting up four this season alone in the La Liga.

He is a good crosser of the ball and has brilliant athleticism, as well as being a very good tackler while maintaining concentration – something which Aurier severely lacks on occasion.

Should the Brazilian arrive at North London, he would link up with former teammate Giovani Lo Celso who also enjoyed a stint at Betis before signing initially on loan and then permanently at the start of last season.

💰 PSG offered less than 15M for Emerson Royal which is considered low by Barça. If there is no high offer, the Brazilian will join Barça in the pre-season in mid-July (via @gbsans)

With PSG also interested too, it will be a difficult battle for Emerson’s signature as the right-back remains in demand, and should Spurs offer more than €25 million, a deal could be done, but only after the sale of Aurier or another one of the players in the squad taking up a foreign player registration spot.