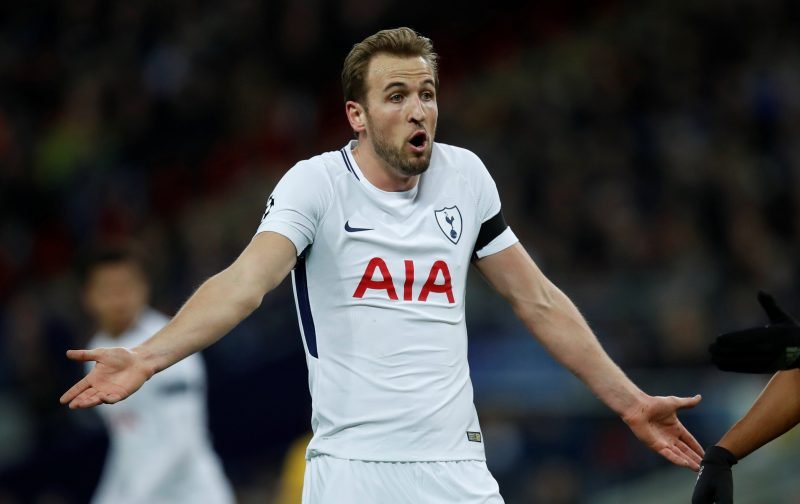 Tottenham Hotspur have confirmed within the last hour that sadly the injury sustained by England striker Harry Kane in last weekend’s clash with Manchester United is actually worse than originally feared.

Reports earlier today had suggested that the 25-year-old attacker was likely to be out for the next month, but in confirming the news of the scan earlier this afternoon, the club have revealed that he won’t be back in training until early March at best.

Following preliminary assessments, we can confirm that @HKane has damaged ligaments in his left ankle, sustained during Sunday's match.

He will continue to be monitored by our medical staff as he commences rehabilitation and is expected to return to training in early March. pic.twitter.com/Ot3doPa4K6

This is obviously the worst news possible for Spurs fans but he has damaged his ankle ligaments and he will be continually assessed and monitored by our medical staff now as we look to rehabilitate him and get him back into manager Mauricio Pochettino’s plans.

With Son Heung-Min already away from the club on international duty for the next few weeks, Vincent Janssen flat out of favour (maybe he gets a second lease of life?) and speculation about the departure of Fernando Llorente – it could be an interesting January now for the gaffer.

This will make us stronger and the players will believe COYS!!!

OMG i literally could cry ????

You have to buy/loan a forward surely. The squad isn’t big enough to cope. We’ve got huge games coming up potential league cup final. We’re done.

Wishing you a speedy recovery @HKane . But hope now this will make us more active in the transfer market as need cover now as sonny away and can’t afford anymore injuries to our top stars.

Get well soon Harry. I’m sure Lucas, Lamela, Dele, Eriksen & Llorente will step up the goals in your absence