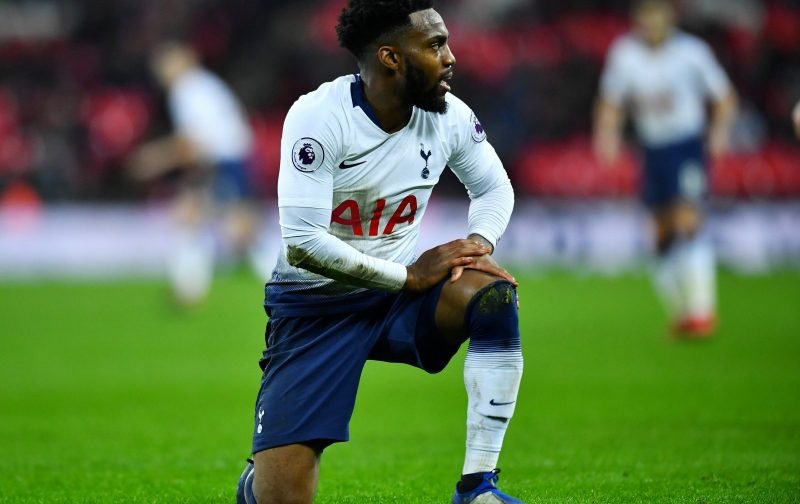 The Football League transfer window shuts on Friday at 5pm and there are three players with uncertain futures who could be on their way out of Tottenham – Danny Rose, Cameron Carter-Vickers and Jack Clarke.

The trio are surplus to requirements under Jose Mourinho and Charlie Eccleshare of The Athletic has given an update on their respective futures in a recent Q&A.

It doesn’t look like it. Despite interest from Newcastle United, Genoa, West Ham United, Aston Villa, Wolverhampton Wanderers and Brighton & Hove Albion, no side made an acceptable offer for Rose before the Premier League and European transfer window shut.

Norwich City, Bournemouth and Brentford have been linked with Rose, but it remains to be seen if he’d join a Championship side. The 30-year-old seems content to wait it out for a better move and Eccleshare believes he’ll sit on his contract until January as a result.

Carter-Vickers has made only four appearances in all competitions for Tottenham since his debut in 2016, so it’s not a surprise that he’s on the transfer list.

The 22-year-old finds himself behind Davinson Sanchez, Toby Alderweireld, Eric Dier and Japhet Tanganga in the pecking order and will have to settle for a Championship side as he’s only been loaned out to Football League clubs in the past while only garnering interest from second-tier outfits this summer.

Luton Town and Bournemouth have been linked with a move for Carter-Vickers, but Eccleshare says Swansea City need a centre-back too, so he should have his pick of clubs. With one year remaining on his deal at Tottenham, this is our latest chance to cash in.

Despite Clarke still waiting to make his first appearance since joining us from Leeds United in 2019, Eccleshare believes he still has a future in North London.

Carter-Vickers might be the only player to leave by Friday as a result.

In other news, here’s why Tottenham will not agree a deal with Bournemouth to sign David Brooks