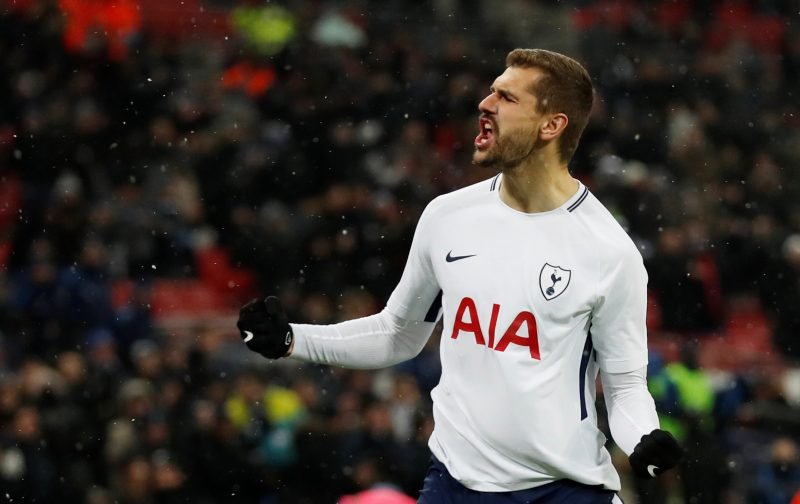 It’s fair to say the midweek clash against Watford for Tottenham Hotspur striker Fernando Llorente was a mixed affair.

With a horrific four-yard miss as we trailed to our Wembley visitors, it looked like it was going to be one of those nights for the often benched 33-year-old, but with Son Heung-Min getting us back on level terms, we played to his strength for a moment and he hit the winner to secure all three points in the 87th minute.

It was certainly a bit of a rollercoaster and with it being a mixed night for him, he told Sky Sports today that he was obviously delighted to have put the miss behind him and scored what he felt was probably one of his most important goals for the club.

“Today I feel good. Now I’m very focused to help the train and do my best. It is probably the most important goal I have scored here at Tottenham. It was my dream. When you dream of days like this and finally it happens, it’s amazing. Now I enjoy the moment because we haven’t got a lot of time to enjoy.”

In the wider interview he obviously talks about it being difficult playing back up to somebody like Harry Kane and he knows his sharpness can get better with more games under his belt now, but he also had huge praise for manager Mauricio Pochettino for continuing to give him confidence and belief even if his game time isn’t what he wants.

“It’s difficult because in all my career I always played. I am a player who feels really good when I play but it’s really difficult when you don’t play – mentally, everything. You have to work a lot and be ready and believe in that moment. It was a gift to him (Poch), a gift to the supporters and to all the team because we deserved the win. It is very important.”