Time To Start Penalising The Rules After Latest Spurs Shambles 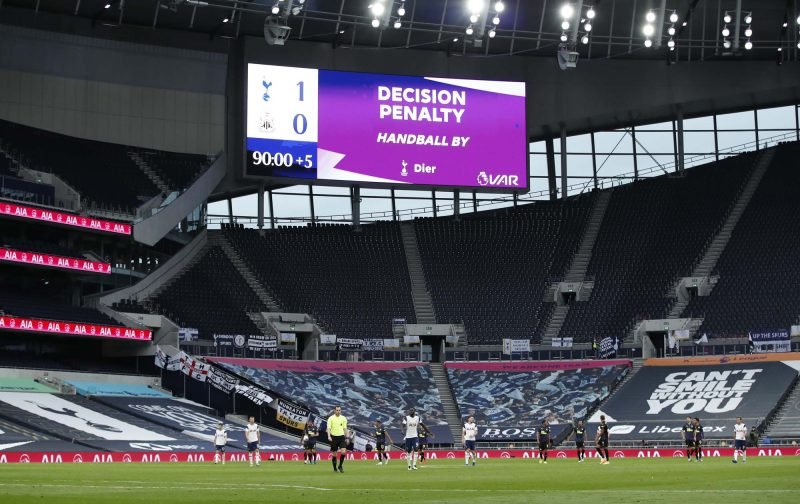 It seems to me that the current way some of the most crucial rules in football are applied is turning the game into a shambles. The way VAR is used, and the way handball in the penalty box is interpreted, is rapidly becoming a farce, and both are major issues for the sport.

Most football supporters consider both issues require a reality check. Supporters are not happy and neither are the players. The detrimental effect on the game has been on view for far too long to continue to ignore it.

If the supporters and players find the rules confusing, then what about the clubs? Surely they must share the same concerns. Managers and Chairmen talk to each other. They attend various meetings to discuss football. Why then do they not make a collective effort to amend the offending rules. If ‘people power’ can be effective, then surely ‘club power’ can be equally so.

If the Premier League and Football League clubs made their concerns known to the powers that be why would they not be seriously heard? All clubs should be well aware of the concerns of their supporters and players. And all clubs would have been adversely affected by the way some rules have been poorly interpreted at some time or other.

There is a clear need for consistent and fair officiating of football matches. That would obviously be the aim of all football associations. Fair and consistent officiating is not currently the case and football clubs need to use their position to ensure action is taken to rectify the problem.

Too many decisions have been glaringly wrong! VAR is not a bad thing in itself, but the way it is often administered certainly is. If it takes a VAR five minutes to make a decision … then it should never have been involved in the first place. How is that a clear and obvious error. The referee’s decision should stand.

A penalty, given for an infringement inside the box, is a reasonable consequence. But the current rules in regard to handball (whatever that means) need to be realistic and clearly defined. My view is that a handball has to be intentional. Of course, this would be up to the referees decision (as it used to be) and there would still be some debate on occasions, but it would eliminate handball situations that are unavoidable. When a player jumps for the ball, his arms go outward to balance him. How can you penalise players for that? If the ball hits the arm of a player who has his back to the play, how can he avoid it?

And further …. how is it that play can go on for one or two minutes before an official can raise a flag for an obvious offside. That is utterly ridiculous! Who the hell came up with that idea?

There will never be a ‘mistake-free’ way of officiating football, or any other sport, due to the element of human error. That’s accepted. It always has been. But there has to be a significant improvement on what is currently on view. And if the rule makers do not act, then the clubs should use their collective clout to make it happen. It’s time to penalise the rules. It’s all for the good of the game after all.