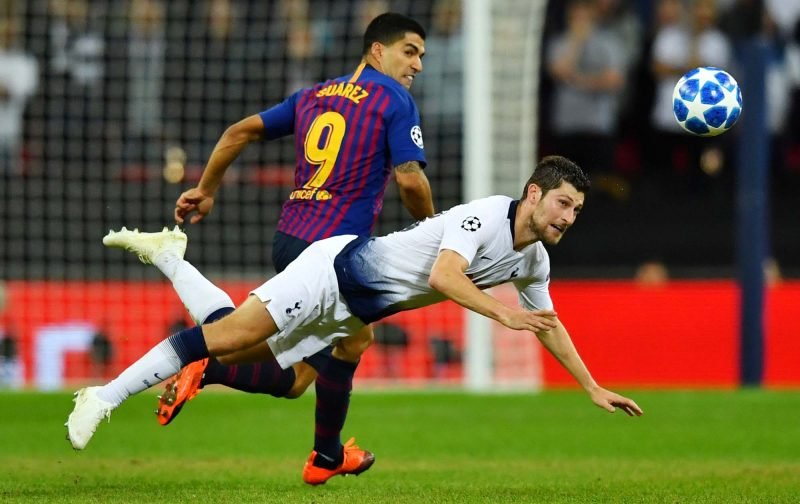 With Saturday’s Champions League Final disappointment now behind us, all Tottenham Hotspur fans are reflecting on the season and it’s fair to say there are a number of different perspectives, both positive and negative when it comes to the campaign we’ve had in 2018/19.

Plenty of stories and claims are well established on the summer transfer rumour mill and the debate surrounding the future of Mauricio Pochettino is going nowhere, as after our defeat talk of him leaving and feeling that he’s come to the end of his time at White Hart Lane is back with a bang.

Whether Pochettino is off and whether he gets the chance to rebuild the side, as he’s often stated so our squad matches the new Stadium will rumble on until a categorical announcement is made by the Argentine, but Ben Davies is adamant that he’s the man to lead the squad on the next stage of our journey.

Speaking to the Evening Standard this week, Davies explained.

“He’s been amazing for us. He’s put the building blocks in place to put us where we’ve been in the Champions League. The way we’ve played, and the attitude and belief we’ve got in the squad is all down to him. As a group of players, we really hope he stays because he’s the one to take us to the next level. Those are the types of games we want to be involved in on a regular basis.”