‘Please don’t let this be true’: Lots of Tottenham fans do not want this ‘Levy special’ to arrive at the club 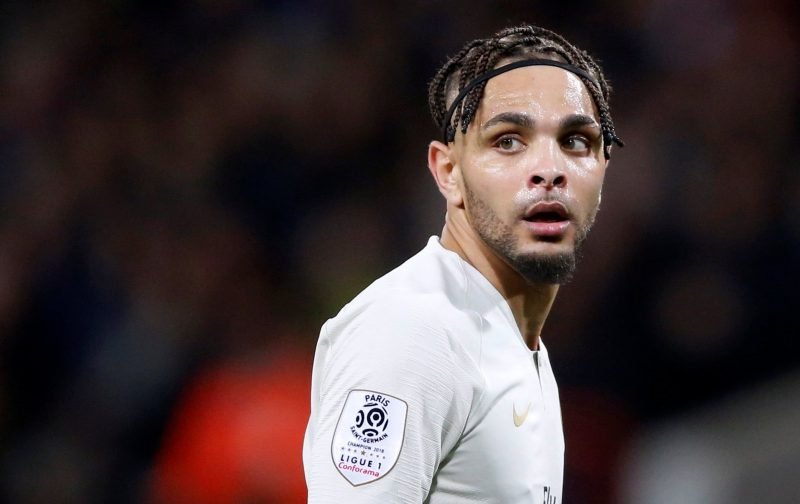 Tottenham Hotspur apparently remain interested in signing Layvin Kurzawa from Paris Saint-Germain, although fans do not appear to want him at the club anytime soon.

According to a report by Frace Football (via Sport Witness), Spurs and Manchester United are thought to be keen in the 26-year-old and could be tempted to try and acquire him on the ‘cheap’ this summer.

They speculate that because the future of Danny Rose at the club is far from certain, then we may look to sign Kurzawa as an inexpensive option because of his current contract situation – the full-back has just one year left on his current deal with PSG.

Tottenham are no strangers to seeing the right-back being linked with a move to the club as Paris Football (via Get French Football News) reported this time last summer that we were keen on the former AS Monaco man and were believed to have made an enquiry regarding his availability.

Judging by the fans reactions on Twitter to the news that we are interested in him once again, many of them will be pleased that Kurzawa has no intentions of leaving PSG at the moment and is desperate to fight for his place in Thomas Tuchel’s side.

Upon hearing the news, our fans commented in their droves by simply saying ‘no’ to the idea of having him in north London, whilst another supporter simply stated that a possible deal would surely be a ‘Levy special’.

No god pls go for Grimaldo at least

Please don’t let this be true.