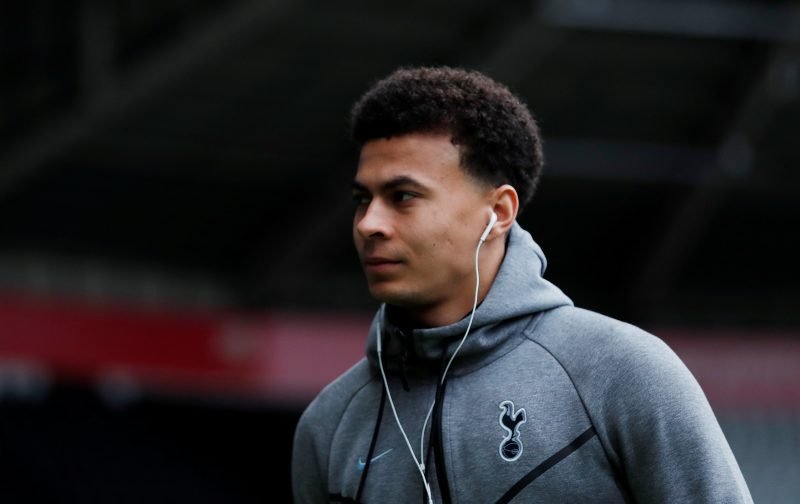 Tottenham confirmed on Twitter that Dele Alli is ‘not available’ to face Aston Villa in Saturday evening’s Premier League clash. The 23-year-old is recovering from a hamstring injury but is said to be ‘progressing well’. While a loss for Spurs, Mauricio Pochettino isn’t short on replacements.

The Tottenham boss has new-boy Giovani Lo Celso and Tanguy Ndombele available along with Harry Winks and Moussa Sissoko too. Christian Eriksen is also an option in a more advanced role, so the Lilywhites will be able to put out a strong side against their newly-promoted opponents.

In 2018/19, he made a total of 38 appearances in all competitions, scoring and creating 15 goals. He was substituted on or off in 47% of his outings. At the time of his injury a week ago, Pochettino said that he’s hopeful of having Alli back in “a few weeks”, which suggests he’ll return in September.

Until then, Lo Celso and Eriksen may have to fill the creative void in midfield.