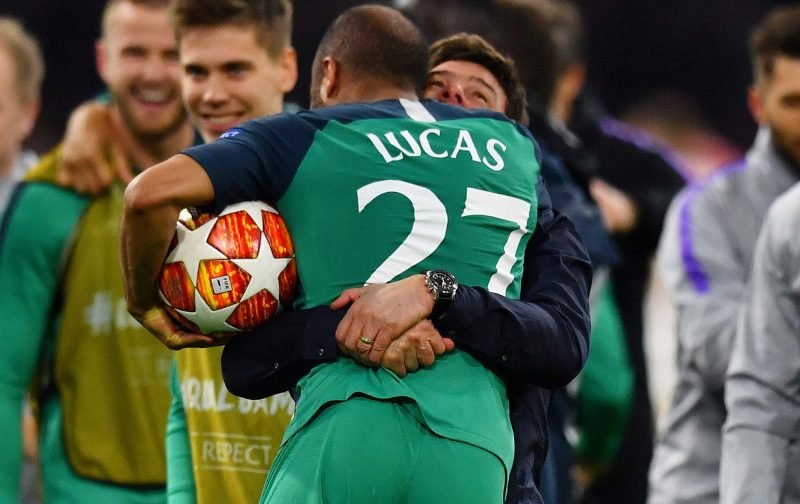 Tottenham said on Friday evening that they were ‘delighted to announce’ a new deal for Lucas Moura until 2024. The 26-year-old has made 60 appearances in all competitions, scoring and creating 22 goals. Moura joined Spurs from Paris Saint-Germain in January 2018 and has been rewarded for his fine form in his second season.

The Brazilian international scored 10 goals in 32 Premier League games and five in 12 Champions League outings. Moura most-notably fired Tottenham into the Champions League final with a hattrick in the semis against Ajax. He was Tottenham’s joint-top scorer in Europe (5) too.

Moura’s debut campaign with Spurs got off to a poor start – eleven league appearances (in all competitions) and one goal – but he was outstanding in 2018/19. Mauricio Pochettino always retained faith in his ability, featuring him in 19 of the club’s first 20 league matches, and was rewarded for his trust.

The 26-year-old set Spurs back only £23m 18 months ago and now finds his CIES market value in excess of £47m – more than twice the amount paid. It’s no wonder the Lilywhites have tied Moura down for the long-term, as he could be in for another prolific season and has many years of service ahead of him.