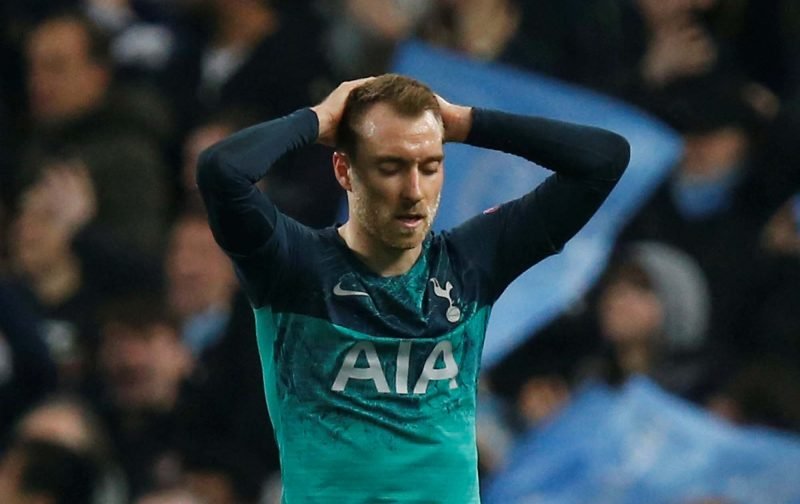 The latest twist to the ongoing Christian Eriksen rumour mill this summer at Tottenham Hotspur were suggestions that the club were now preparing to offer the 27-year-old Danish international a new and improved bumper £200,000 per week contract.

The reports surfaced on Friday evening and it seems the Daily Mail may have been the first to go to print when it came to the claims. With Eriksen already commenting in his earlier interview this summer that any new contract depended on Daniel Levy, many read into his words and assumed that although early negotiations may have taken place, it was actually possible that we hadn’t put a firm deal on the table yet, despite him having only 12 months left on his current contract.

The Mail’s report seems to lean on that. Real Madrid and Atletico Madrid get the obvious mentions and does imply he’s already turned down an offer to double his wages to £160,000, but in an effort to tie up his future we will now go to £200,000 in an effort to bring all the speculation to a close.

The timing of the report is interesting given manager Mauricio Pochettino recently revealed that it was Eriksen’s choice to travel on our pre-season tour when he could’ve remained at home, so those hoping he will sign a new deal will will read into that.

The Mail does round things off, rather predictably, by saying that Eriksen’s next move here won’t be financially motivated and that Spurs are aware of that – but again that just goes back to his original interview words about being open to something new, if the possibility was there.

Reaction to the Mail’s claims was also predictably mixed amongst some in the fanbase.

Let him leave he doesn't wanna be here. We don't need people who don't want to be here they will screw us over in the end.

Hope he accepts it, he's a great midfielder and brings a lot to our team. Cant afford to lose him. We cant forget what he has done for us over the past few seasons so he deserves to be on that kind of money. If we want to keep our best players we need to give them more.

I think what you mean is that he doesn't win every game single handed. He had a quiet game in the CL Final but who didn't? He shows up against the big teams and we're unlikely to find anyone as creative and productive as he is for the money we spend.

Id rather give it to Toby

Let him leave, what is the point of keeping someone who's clearly lost the passion for the role. He is a fantastic player but we'll never benefit from it as his heart isn't there any more.