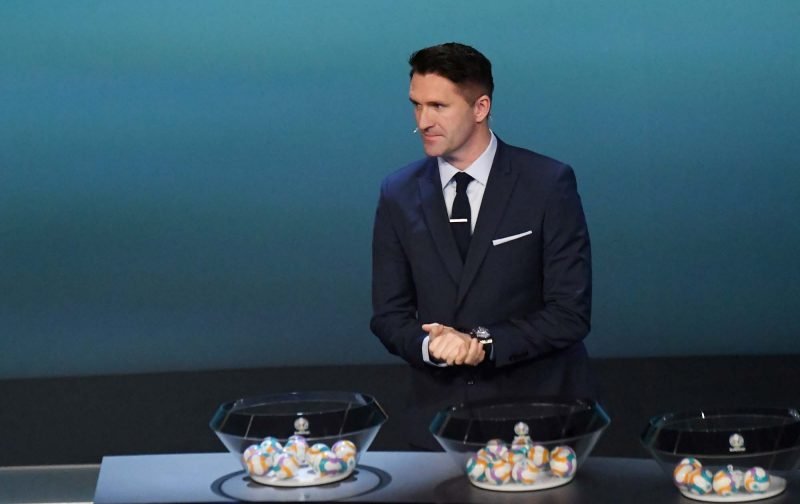 Few Tottenham Hotspur fans won’t know about Academy graduate Troy Parrott and the extremely highly rated status he holds in our Under age groups given his development and progress so far.

Fans have often called for him to be included in the first team setup, especially during the period that Harry Kane was out injured, and although he’s still waiting for his senior debut under manager Mauricio Pochettino, he was quite heavily involved in first team training last season as we continue to bring him on as has travelled with the squad for matches.

The 17-year-old scored 19 goals in 27 matches across our domestic development campaign, and European adventures and that doesn’t include his efforts for the Republic of Ireland at their youth levels.

With Parrott already dubbed by some as the next Robbie Keane, our former player was quoted by the Irish Times speaking about the lad, and whilst admitting that Poch loves the lad, everyone agrees we need to keep the pressure off him and let him grow naturally.

“We have to be careful with Troy Parrott. A couple of us here have to be careful not to pigeonhole him with being the next me and all of that. He’s him. He’s Troy Parrott so we have to let him develop as a young player. Has he got ability? Absolutely. I speak to Pochettino all the time and he loves him. Jesus Perez the assistant manager loves him. He definitely has potential but then he’s just turned 17; I know I got thrown in at 17 but he’s still young and he’s had a lot of attention.”

Keane went on to say.

“People at Tottenham love him. H’s a lovely lad, he definitely has the mentality, he has everything so he certainly has a chance but it’s up to him. I had an hour with him at the Tottenham training ground. He definitely has the right temperament to be a top player and like I say the manager speaks very highly of him. He’s got a chance so, when the opportunity comes for him he needs to take it. We need him to develop, to keep scoring goals, I know he did for the U23s last season and then he got injured but we need him to keep progressing, keep developing, keep watching, keep learning, keep listening, keep speaking to Harry Kane, watch what he does, what his movement. As a young kid I used to do it myself, watch the top players because you can learn a lot from them.”

Keane’s words will have done nothing to temper the expectations that surround the lad but if he develops into half a Keane, we’ve got a prospect on our hands.