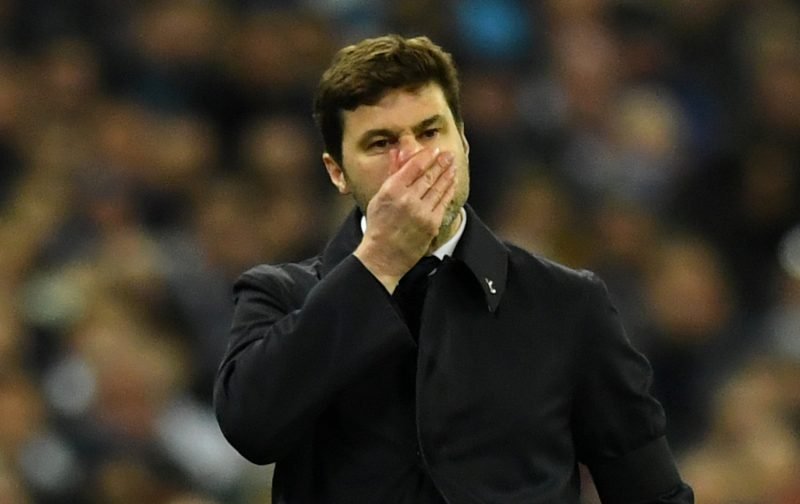 With Tottenham Hotspur manager Mauricio Pochettino making no bones about how he wanted Spurs to cease overachieving and really build on our steady progress over the past few years, at the end of last month he gave an interview to Spanish press where he doubled down on his growing aspirations now we’ve built the new Stadium.

It’s “Imperative” – Pochettino Doubles Down On Ambition For Spurs

Plenty of Spurs fans picked up on his comments where he distanced himself from physical transfer dealings and drew a distinction between himself and the likes of Pep Guardiola and Jurgen Klopp, and whilst everyone was celebrating our fantastic victory over Real Madrid Pochettino dodged questions about the future of Danny Rose, and again pulled no punches on his transfer involvement.

Ultimately fans will only read into it that he is hugely frustrated that we haven’t yet built on the signings of Tanguy Ndombele and Jack Clarke and that he hasn’t been able to get his targets in whilst he has the bulk of pre-season to work with them.

The Independent weren’t the only outlet to lead with his words, with a frustrated angle to them.

“I am not in charge and I know nothing about the situation of my players. I am only coaching them and trying to get the best from them. Sell, buy players, sign contract, not sign contract – I think it is not in my hands, it’s in the club’s hands and Daniel Levy. The club need to change my title and description. Of course I am the boss deciding the strategic play, but in another area I don’t know. Today, I feel like I am the coach.”

Spanish outlet AS had a similar line when answering questions about Christian Eriksen’s future.

“I need to repeat what I said to English journalists the previous days: I just train him, I try to get the best of him. These things, whether they happen or not, if we sell or renew someone, are in the hands of the club. At this time I’m training the team to get the best possible way.”

His words will only inflame existing concerns.

Spurs Open Pre-Season With Victory Over Juventus, But Harry Kane Steals The Headlines