“Defensive GOAT” – Many Tottenham fans are thrilled for their star defender 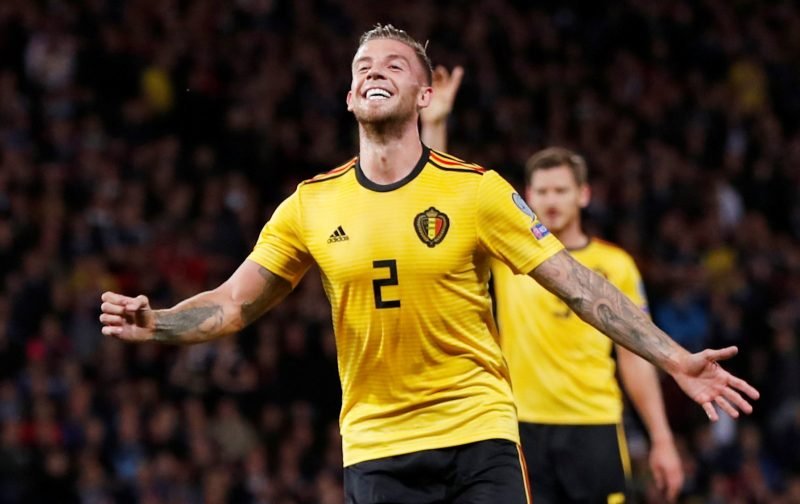 “Still not a hair out of place” – A lot of Tottenham Hotspur supporters are buzzing that Toby Alderweireld scored for Belgium in his country’s 4-0 demolition of Scotland.

The 30-year-old rose highest in the box to connect with a Kevin de Bruyne corner and planted a brilliant header into the far corner of the net.

This was Alderweireld’s fourth goal for Belgium and a lot of Spurs fans are pleased to see one of their star players score for his country.

The former Ajax man’s contract expires at the end of this season, and many Tottenham fans are desperate for him to sign a new deal at the club.

Certainly, Alderweireld has established himself as one of the best centre-back’s in the Premier League and Spurs would be foolish to let him go for nothing.

For now, though, these Tottenham fans are just pleased for Alderweireld.

One fan has claimed that he wants the 30-year-old to be handed a new contract while another does not believe Daniel Levy will keep Alderweireld at the club.

reward him with a 3 year deal

And still not a hair out of place!