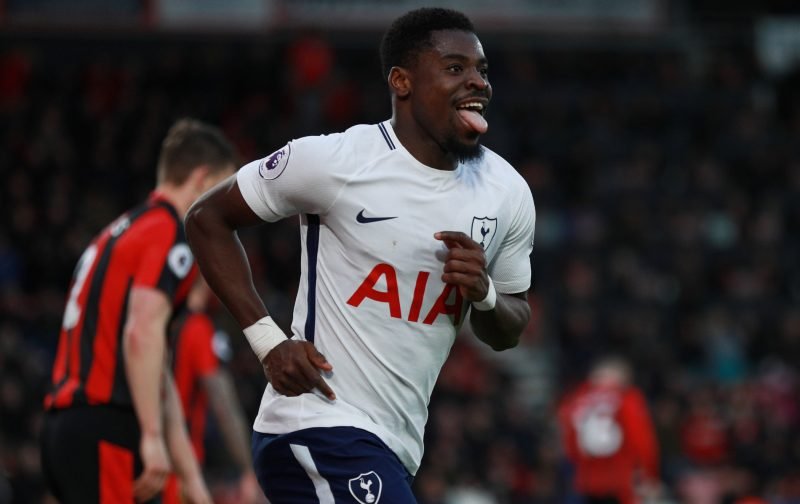 Tottenham enjoyed a 5-0 win over FK Crvena zvezda (Red Star Belgrade) on Tuesday and Serge Aurier was a standout performer. The 26-year-old has come in for a lot of criticism this season, but he impressed on the European stage and temporarily silenced his critics.

Aurier was positive in possession and had a hand in three goals on the night. The Ivorian international won the corner that led to Spurs’ opener (Erik Lamela corner headed home by Harry Kane), he played a through ball for Erik Lamela to assist Heung-min Son, and he assisted Lamela for the fourth.

Aurier, Sanchez, Davies were brilliant at the back tonight.

I will not listen to ANY negativity, they were brilliant and that is the response we needed.

Some points from that game:
-Lamela is class
-Lo Celso can replace Eriksen
-Sanchez is a great CB
-On his day Aurier is incredible
-Son will win Ballon d'Or
-Dele is back
-Kane is back
The Spurs are back.

If you say 'Its just Red Star', you're dum dum, bc this is what we needed.

Don’t forget about the clean sheet. Sanchez was solid tonight – looking forward to more good performances from him. Aurier and Davies were reliable too. #COYS #TOTZVE #UCL

#THFC on fire tonight. Could have had even more. Main takeaways – confidence restored, group picture much more healthy, big performances from Son, Kane, Aurier and Lamela, and a few getting some rest ahead of #LFC this weekend. #totczv

Aurier & Vertonghen played well…Ndombele showing signs of what he can do…. Lo Celso looks a nippy player.

As per WhoScored, Aurier played a full 90 minutes, made 83 touches, won two aerial duels, made five tackles, created four chances, made 51 passes with 84.3% accuracy, drew two fouls, made three clearances, whipped in two crosses with 50% accuracy and made one successful dribble.

The right-back has made six appearances in all competitions this season, making two assists. Aurier has been a regular in recent weeks, but he will have Kyle Walker-Peters and Juan Foyth ready to pounce if he’s underperforming.

Mauricio Pochettino has kept the faith in Aurier, however, and was rewarded against Crvena zvezda.