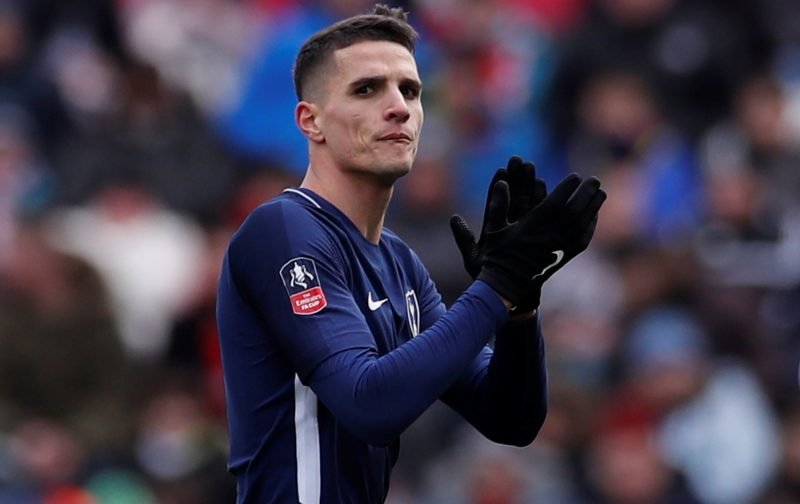 Erik Lamela produced one of his best-ever performances in a Tottenham shirt on Tuesday night. The 27-year-old had a hand in three goals as Spurs put Crvena zvezda to the sword, winning 5-0 at home. Lamela has been a regular under Mauricio Pochettino and continues to reward his manager’s faith with goals and assists.

The Argentine international whipped in a corner for Harry Kane to head home in the ninth minute (1-0), crossed for Heung-min Son to finish from close range in the 16th minute (2) and got on the scoresheet in the 57th minute (4-0). Lamela was a constant threat throughout the game and could have scored a hat-trick on another day.

Erik Lamela is slowly becoming the player we all expected from Roma, he’s been our best player for weeks now.

Aurier, Sanchez, Davies were brilliant at the back tonight.

I will not listen to ANY negativity, they were brilliant and that is the response we needed.

Don’t forget about the clean sheet. Sanchez was solid tonight – looking forward to more good performances from him. Aurier and Davies were reliable too. #COYS #TOTZVE #UCL

Some points from that game:
-Lamela is class
-Lo Celso can replace Eriksen
-Sanchez is a great CB
-On his day Aurier is incredible
-Son will win Ballon d'Or
-Dele is back
-Kane is back
The Spurs are back.

If you say 'Its just Red Star', you're dum dum, bc this is what we needed.

Against Crvena zvezda, Lamela played for 90 minutes, made 57 touches, create three chances, had five shots and three on target, made one clearance, completed 91.9% of his 37 passes, has whipped in four crosses with 50% accuracy, made two tackles and made one successful dribble.

Lamela has featured in every game in every competition this season, making 13 appearances. The 27-year-old has contributed six goals in 732 minutes of football and is becoming undroppable under Pochettino.