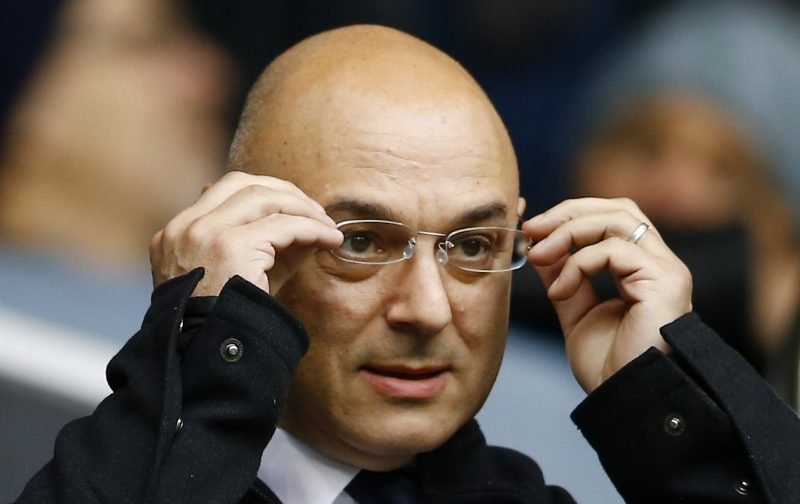 Lyon president Jean-Michel Aulas has always maintained that Tottenham Hotspur chairman Daniel Levy is a tough man to deal with and it’s not the first time he’s taken to the media to attempt to play the game and create himself some leverage, and with our well known chase for Tanguy Ndombele it was probably always going to be only a matter of time before he was running his mouth off again.

A few days back it was claimed that we had countered Paris Saint-Germain’s move for the player and tabled a firm £55million offer of our own – some outlets like Sky Sports went further and suggested that a £65million deal had now been agreed between both sides for the 22-year-old.

As if by magic, cue Aulas who predictably criticises Levy for dragging his heels.

The Telegraph quote him ranting.

“If I wait another 8 days, it will be €80m…Tottenham made us an opening offer worth €45m. Then, we discussed more. Nothing is done, I can assure you. We are not in a hurry either. Tanguy has shown his qualities with the French national team. He is one of our best players. How much is he worth? I do not know, but not just €45m.”

Ignoring the Donald Trump like childish reaction, Aulas sadly doesn’t seem to spot his own contradiction on raising the price if he has to wait longer, yet being in no hurry whatsoever to do a deal.

Mouthpieces usually make such basic errors as they rant off for effect but for those with long memories (the Lloris deal) given his previous accusations, I have to naturally question whether it’s actually Levy that is the problem.

“We had people speaking all night with Daniel Levy. He talks a lot and goes back on what we’ve agreed in writing. Agreements have not at all been respected. We had email exchanges which have been contradicted, so that’s made it very complicated. It’s difficult. The Tottenham board’s theory is to explain that the economic market is very hard and so we have to get used to renegotiating. It’s been very, very difficult. I’ve got 25 years of experience as a president of a club and it’s our 16th participation in a European competition in a row. But this is very rare in the football world. The negotiation with the Tottenham directors has been the hardest I have ever had to undergo in these 25 years.”

Said the man who tries to negotiate in public and still can’t keep his message straight.

With Aulas’ record when it comes to commenting on Lyon’s sales most will probably expect a deal to go through on Monday.

Have Your Say – “Difference Between Ambitious & Realistic Expectations” For Spurs