1 Shot, 1 Key Pass & 40 Touches Takes Spurs Star To MotM As He Reminds Fans What He Can Do 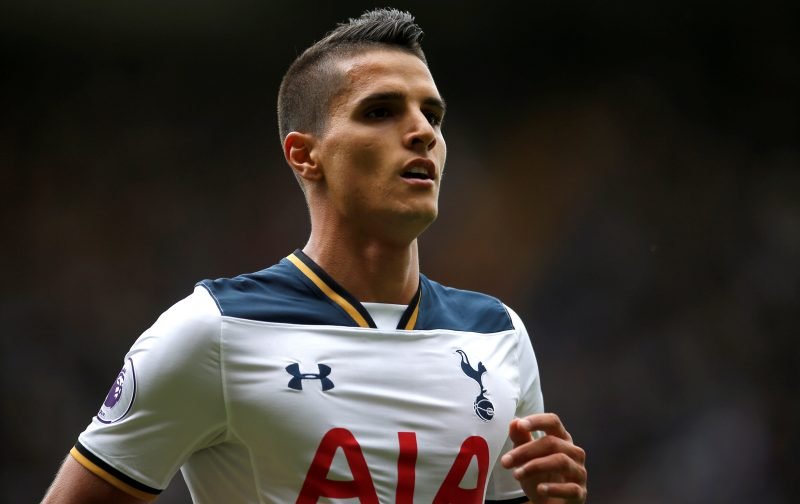 Tottenham Hotspur made the incredibly tough trip to the Etihad Stadium on Saturday to face off against reigning Premier League Champions Manchester City.

Some in the Spurs fanbase dreaded the trip, others relished it and had hope – come the full time whistle, some thought we should’ve won – but they were in the minority.

With City taking the lead twice it was hardly a vintage Spurs showing as the hosts utterly dominated all of the telling stats on the day. But with us equalising twice and putting in a gutsy showing to make the most of the little we did create, the only stat that matters is we took a very solid point to end their home domination run.

Statistics website Whoscored were surprisingly positive in their player ratings given City’s control, but Erik Lamela with an assist and a goal on the day took their Man of the Match award with a score of 8.19. 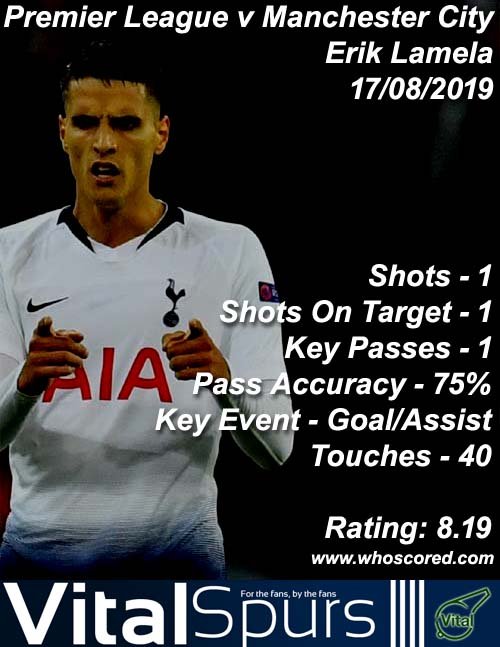 Four from two is fine for now.