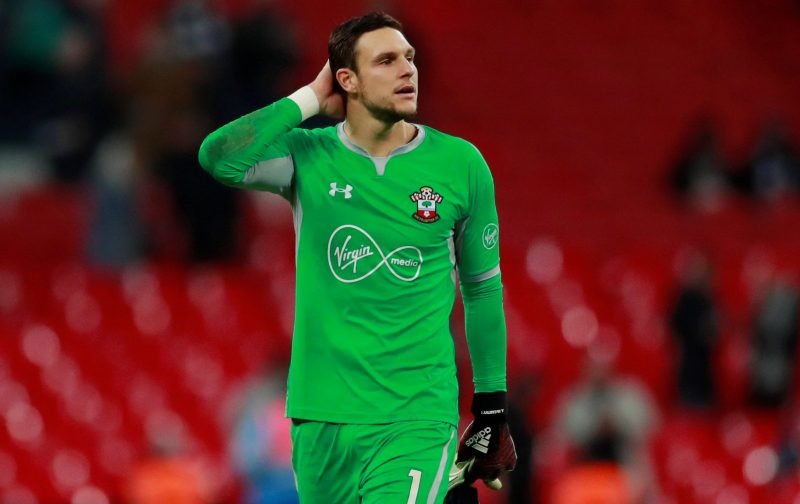 Tottenham Hotspur are arguably a goalkeeper short ahead of the upcoming Premier League campaign.

After releasing Michel Vorm from his contract last month (club’s official website), Spurs currently only have Hugo Lloris and Paulo Gazzaniga on the books and perhaps lack a little depth and potential further cover in the position.

Last month, the Evening Standard suggested Mauricio Pochettino could look to target an English shot-stopper to help fill out his homegrown quota and it appears he may have been handed a boost in trying to solve those concerns this summer.

According to a report by Sky Sports, Southampton have put Alex McCarthy up for sale as they look to raise funds and trim their wage bill.

The report states that Aston Villa and Liverpool could be interested in the England international, however, Tottenham should also consider getting involved.

It was believed we wanted him 12 months ago, as The Mirror claimed we had become keen on the goalkeeper after a number of impressive performances kept them in the Premier League that year.

In that season, McCarthy managed to keep four clean sheets in 18 appearances (Transfermarkt), before going on to keep another four in 25 matches in the campaign that has just gone by.

Now, those stats might hardly sound impressive, however, the Saints were fighting against relegation in those two seasons and he proved to be a real difference in both efforts.

What could be the sticking point for Spurs though is whether he will be willing to be a third-choice option for us whilst he is likely going to be a rather expensive addition for Pochettino to pursue if it is just for the sake of filling out the homegrown quota that is in place.

But, if there is a possibility of a deal, Tottenham should certainly consider it as he has the experience and quality we are looking for to replace Vorm.