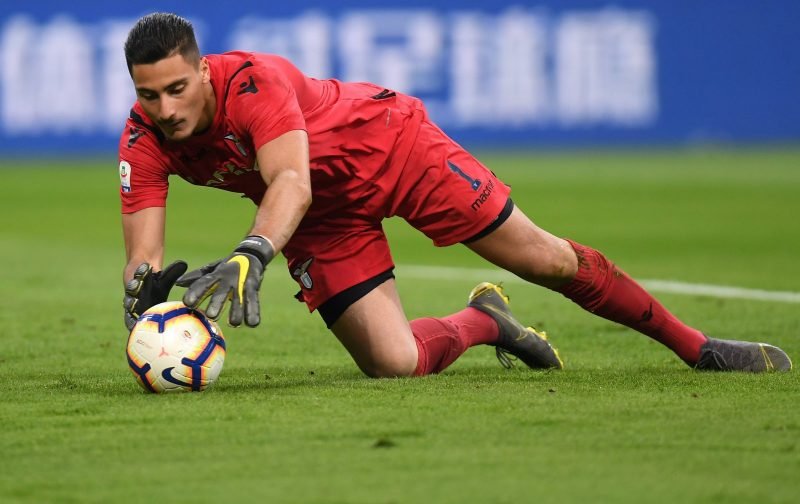 Lazio goalkeeper Thomas Strakosha has become a regular on the summer transfer rumour mill in the last week when it comes to links to Tottenham Hotspur and Arsenal, but initial claims that he would cost £22million have now been replaced with a price tag of £44million.

There’s no way this deal goes through and with more fees than you can shake a stick at, I doubt the credibility of the speculation full stop now.

Lazio President Claudio Lotito has apparently made the 50million Euro claim according to a report by Il Messaggero and he doesn’t want to do a deal for less than that.

But earlier in the week La Gazzetta dello Sport confidently claimed that they wanted £22million and that would be a sensible price.

The 24-year-old Albanian international has made the spot between the sticks his own over the last two and a half seasons, notching up 122 appearances for the Italian side and although his stock is on the rise, the rumour mill is having a laugh with this story.