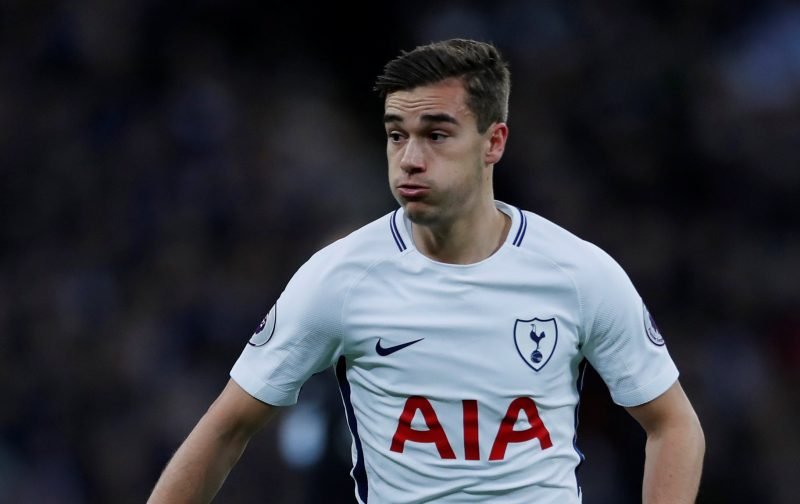 According to the Telegraph, Harry Winks is considering his future at Tottenham after struggling for playing time under Jose Mourinho.

The 24-year-old has fallen down the pecking order in North London and risks losing his place in the England side if he isn’t playing regularly at club level.

Winks was a regular at the start of the season but fell out of favour weeks into the campaign and hasn’t managed to get his place back. He featured in every game for England during the November international break but only started in the Three Lions’ friendly.

The 24-year-old knows he needs to fix his problem at Tottenham before Gareth Southgate will trust him in competitive games again.

Winks rose through the youth ranks to the first-team in 2014/15 and has gone on to make 152 appearances in all competitions, scoring two goals with two assists. The England midfielder has made nine appearances across the board in this season, but he’s only featured once in the Premier League since September.

In the Premier League, however, he was an unused substitute in the 6-1 win over Manchester United (October 4), played 17 minutes in our 3-3 draw with West Ham United (October 18), was left out of the squad in the 1-0 win over Burnley (October 26), was an unused substitute in our 2-1 win over Brighton & Hove Albion (November 1) and was left out of the matchday squad in our 1-0 win over West Bromwich Albion (November 8).

The 24-year-old has found himself behind Pierre-Emile Hojbjerg, Tanguy Ndombele, Giovani Lo Celso and Moussa Sissoko in the pecking order, so he’ll need to work hard to get back in favour.

In other news, is Tottenham’s pursuit for Milan Skriniar over?