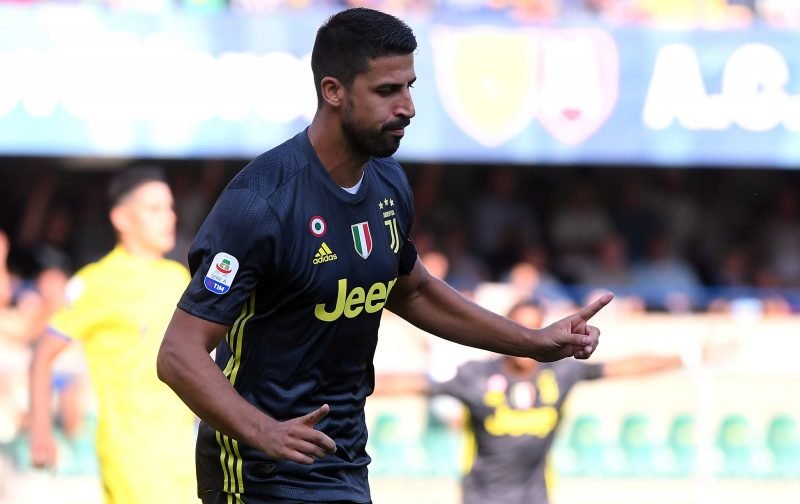 I was watching Sami Khedira’s interview with Sky Sports and knew media outlets would get excited at him talking up a Premier League move. The 33-year-old said it would be an “honour” to play in the English top-flight while admitted Jose Mourinho was one of many managers he’d be open to playing under, so here come the Tottenham links..

We have shown an interest in Khedira in the past, but I don’t think he’d be a good signing now. The German international has been short of fitness and playing time at Juventus over the last two years, so I don’t think we need him anymore. He’s been left out of their squad for the season and is expected to leave in January or the following summer, but we’re overstocked in midfield as it is. I think Khedira would be too much of a gamble.

What went wrong at Juventus?

Khedira has made 145 appearances in all competitions since joining Juve from Real Madrid in 2015, scoring 21 goals with 13 assists. The 33-year-old was once a regular in Turin, but he’s found playing time hard to come by in the last three seasons.

Khedira has won five Serie A titles, three Italian Cups, one World Cup, one Champions League and one Bundesliga title, but I think Mourinho is better off sticking with his midfield of Pierre-Emile Hojbjerg, Moussa Sissoko, Harry Winks, Tanguy Ndombele, Dele Alli and Giovani Lo Celso.

The German international has a lot of pedigree, but hes in the eve of his career and wouldn’t last a season in the Premier League.

In other news, could Harry Winks leave Tottenham?