News: 17-year-old will be given time to develop by Mauricio Pochettino 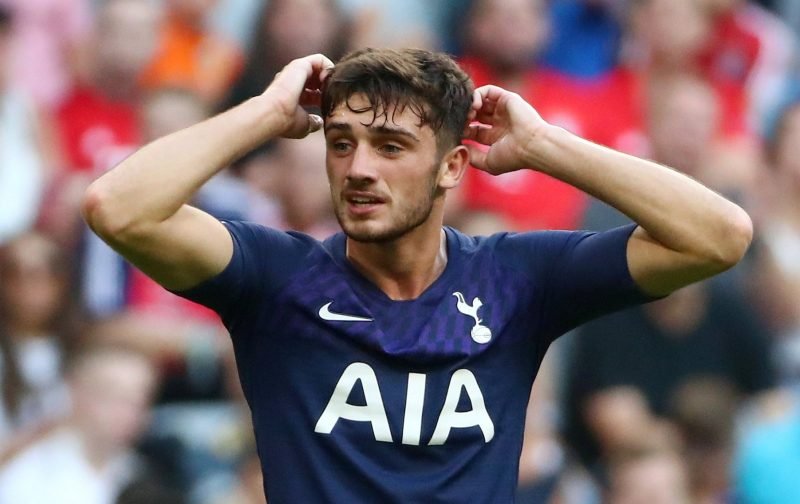 Troy Parrott is the name on everybody’s lips in the Spurs camp – the 17-year-old Irish striker just scored three goals for his country, at U21 level, and is rated very highly by Mauricio Pochettino.

However, the Argentine does not want another Marcus Edwards situation and will allow Parrott to develop at his own pace – rather than forcing him into the first team.

Edwards has just departed for Vitoria after only playing 15 minutes for Spurs, and the whole saga has disappointed Pochettino who felt that Edwards was “Mini Messi.”

For a manager who prides himself on developing players, this was a catastrophic failure, and one which he will ensure does not happen with Parrott.

The young Irish striker is part of Spurs’ Champions League squad and could get some first-team action, but Pochettino will not put any extra pressure on Parrott.

This international break has been fantastic for the 17-year-old – as he has gained praise from Mick McCarthy.

However, what must be remembered about Parrott is that he has not played any senior football at any level yet – so while there is clearly potential there, expectations should be tempered until we see how he deals with the step up to senior level.

Certainly, Pochettino is not going to rush him because he does not want another Marcus Edwards.