Is this why Jose Mourinho is considering a surprise transfer for Troy Deeney? 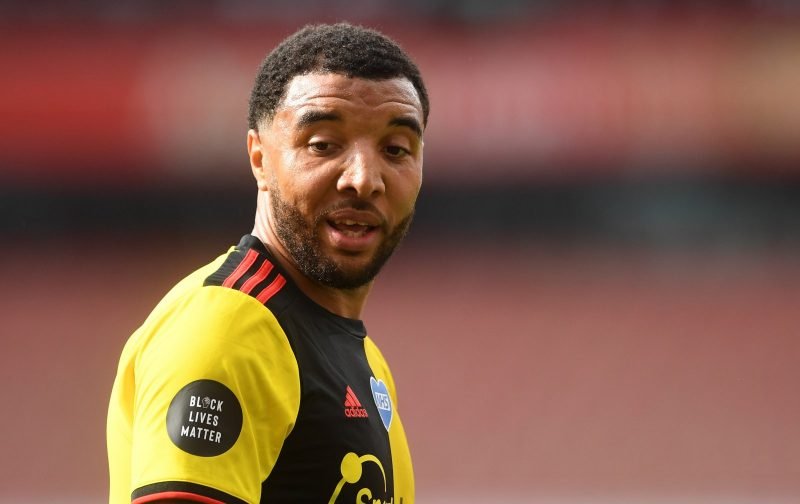 Tottenham Hotspur are on the hunt for a centre-forward to play second fiddle to Harry Kane next season and may be considering a move for Troy Deeney. It would be one of the biggest surprise transfers of the summer, but is there a method to Jose Mourinho’s madness?

Since Watford were promoted to the Premier League in 2015, Deeney has scored 47 goals and made 21 assists in 163 appearances – 1 goal/assist every 2.4 games. The 32-year-old has notched double figures for league goals in three of the last five seasons, so he’s proven himself a prolific centre-forward.

Despite playing for a side that has finished in the bottom half of the Premier League every season and were relegated in 2019/20, Deeney has remained consistent in front of goal. As per WhoScored, the Englishman hit the target with 51% of his shots and found the back of the net with 43.4% of those efforts – 1 goal every 4.5 shots, which is an identical conversion ratio to Harry Kane (18 goals from 81 shots).

What would he bring to the squad?

Deeney is unlikely to be a regular when Kane is fit, so his role at Tottenham will be as a backup. The 32-year-old is a target man who can win duels (198 headers), hold up the ball (36 free-kicks won, 26 passes per game) and bring others into the attack (29 chances).

Many may question whether Deeney would be good enough to make the step-up. Well, he has top-flight credentials, scoring 10 goals past Manchester City, Liverpool, Chelsea, Manchester United, Tottenham and Arsenal, so Tottenham could do a lot worse.

How much would Deeney cost?

Tottenham are reportedly interested in loaning the striker, but Watford are unlikely to let their captain leave in that manner as he only has one year remaining on his deal. A permanent move might be more beneficial to Watford if it earns them money, but Spurs might prefer a short-term arrangement. Spotrac say Deeney earns £65k-per-week/£3.38m-a-year at Vicarage Road, so he wouldn’t break the bank in terms of wages.

Tottenham need a backup striker who is prolific, can lead the line and bring others in attack. Deeney fits the bill, but he isn’t getting any younger. A loan move wouldn’t be bad business, but it probably isn’t worth Tottenham paying a transfer fee for a permanent deal.

In other news, a defender looks set to leave Tottenham after 11 years