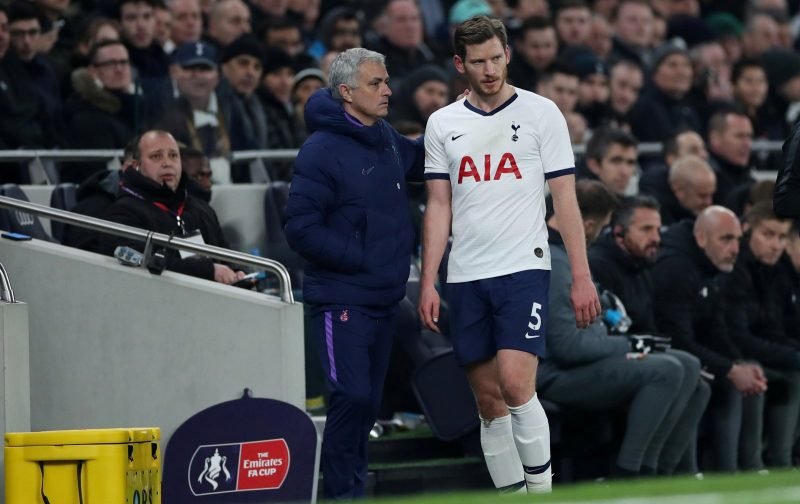 Vertonghen is expected to be confirmed as leaving Spurs on Sunday following the final day clash with Crystal Palace, with the Belgian not signing a new contract beyond his short-term extension.

The Belgian agreed to pen new terms to cover the postponed fixtures of the Premier League season with his £100,000-per-week deal otherwise due to expire on June 30, but has remained an outcast of Jose Mourinho’s plans.

Vertonghen has been given minutes from the bench in three of Spurs’ fixtures since the restart and included in the starting line-up against AFC Bournemouth, but has otherwise been left watching the action from the sidelines as his contract nears its expiration.

Jenas is in no doubt that Vertonghen still has the ability to play in the Premier League and is baffled why Mourinho regularly opts to omit him from the side, and would urge Manchester United to step in to make the 33-year-old a part of Ole Gunnar Solskjaer’s line-up next term.

“I keep touting him around everywhere but I’m sorry, Jan Vertonghen on a free is the best free transfer centre-half out there,” he told BBC Radio 5Live, via quotes by Football.London.

“If you can get Harry Maguire back on the right side and get an actual ball-playing centre-half as a left-sider, that little dynamic may change things for them as well and he’s free.

“I’ve played with him, I’ve watched him and on a free transfer, it just makes sense.”

Is Mourinho making a mistake allowing Vertonghen to leave? 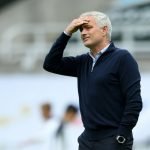 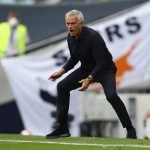 Vertonghen’s performance against Bournemouth in his only start since the resumption of Premier League season was at such a standard he earned WhoScored’s Man of the Match with a rating of 8.0.

The veteran centre-half earned his grade through a resilient effort to deny the Cherries vital points in their survival bid, with Vertonghen recording a whopping game-high nine aerial duels won (75%), plus 11 clearances, two interceptions, one successful tackle (100%) and found teammates with 48 of his 57 passes (84%) – only Harry Winks played a higher number of accurate passes (75).

If Manchester United were to take up Jenas’ advice, Solskjaer would certainly be better off for it while Spurs will likely be left regretting not reaching an agreement with Vertonghen to keep the Belgian in north London.